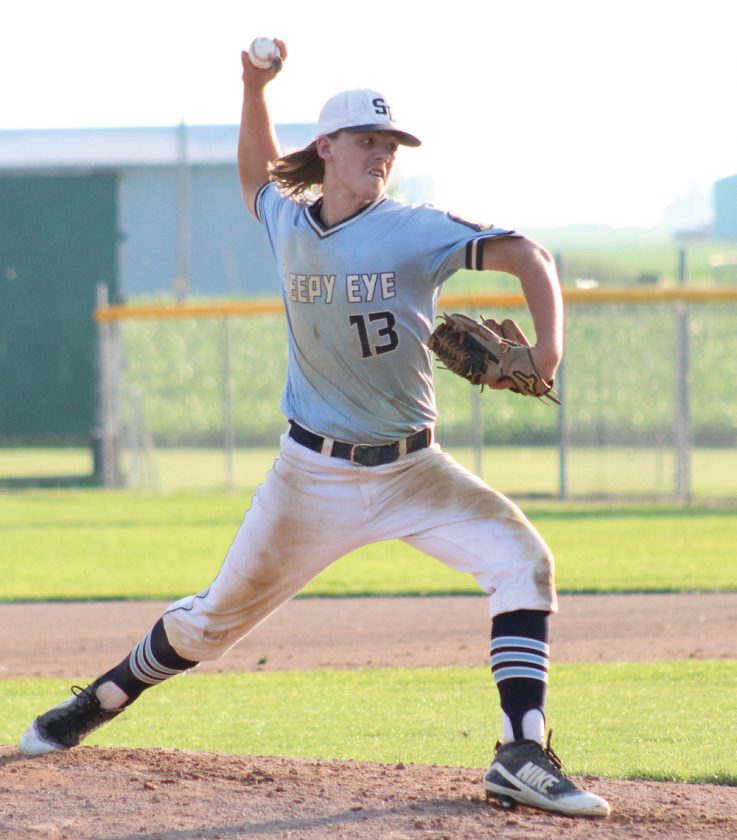 SLEEPY EYE — Sleepy Eye Legion Post 7 watched a 10-2 lead over LeSueur-Henderson get erased in the sixth inning of Saturday evening’s Upper Midwest Classic fourth-place matchup, falling 16-15 to end their time in the tournament 0-3.

Post 7 struggled to hit the ball earlier in the day Saturday in a 5-1 loss against Brandon Valley, a loss where Sleepy Eye’s lone hits and run came from Carter Brinkman, who was 2 for 3 with a homer. They cleaned things up at the plate against LeSueur and collected 14 hits.

Unfortunately for Post 7, LeSueur finished with 18 hits and the win.

Luke Mielke started for Post 7 against LeSueur and only allowed five hits and a pair of runs up until the sixth inning. He allowed seven hits in a row in the sixth, however, and was relieved without recording an out in the inning. He was charged with 10 earned runs allowed on 12 hits and a walk while picking up two strikeouts.

In the sixth inning, LeSueur was led by Mitch Casperson, who had a pair of two-run doubles in that inning alone. Burke Nesbit, Tristen O’Brien, Gupton and Cayden Luna all added two hits each for LeSueur in the sixth inning also.

Post 7 took their initial 10-2 lead after a two-run first, a five-run second and a three-run fourth. After falling down 15-10, Post 7 got Matt Sellner in from third in the bottom of the sixth on a wild pitch first before Domeier drove in Mielke, who singled earlier, on a base hit to make the score 15-12.

Brinkman then drove in a run on a base hit before Walter ended Post 7’s scoring with a two-run double to left.

Two-time ACC player of the year Etienne returning to Clemson