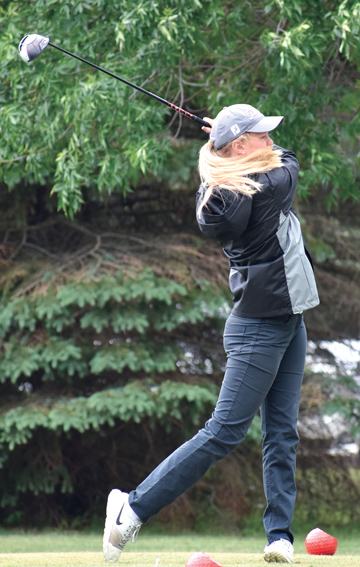 BECKER — Even though he was making his first-ever appearance at the Class A boys’ golf tournament on Tuesday, Springfield’s Tim Rogotzke didn’t seem to be nervous about it.

Rogotzke and his teammates had a memorable day at Pebble Creek, turning in a team score of 323 and taking the Day 1 lead at the Class A state meet.The Tigers are five strokes ahead of Community Christian (328) heading into the second day of the tournament, which begins at 7:30 a.m. on Wednesday. Fertile-Beltrami (337) is third and Lac qui Parle Valley (345) is in fourth place.

“The front nine was really solid, we had our three and four guy (Rogotzke and Thram) come in really good and our two front guys (Kretsch and Winkelmann) put in really solid scores,” Rogotzke said.

Rogotzke said he has become more confident as the season goes along. 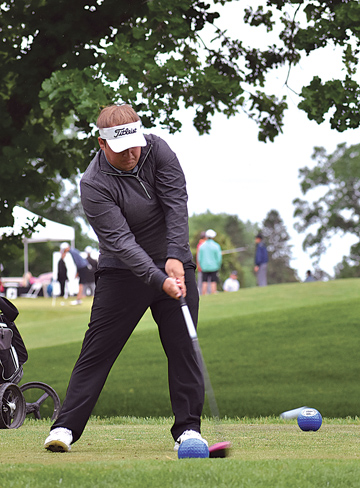 “I have Mav and Mason helping me out and Dillon [Schultz, Springfield girls’ coach] and coach [Paul] Arnoldi helping out there, just putting in a lot of specific work at practice and just grinding stuff out,” Rogotzke said.

Sleepy Eye United’s Logan Netzke is also in good position to win the tournament. Netzke fired a 78 on the first day, which puts him in sixth place overall. He was a part of the SEU Class A state championship team a year ago and he’ll be aiming for another title today when he tees off at 8:06 a.m. on the first hole.

Madelia’s Carson Wihlm is 28th overall with an 85 and Netzke’s teammate, Andrew Neid, is tied for 42nd place with an 88 on the first day. New Ulm Cathedral’s Logan Haala also shot an 88 in his state tournament debut.

On the girls’ side, Lac qui Parle Valley’s Rachel Halverson has a three-stroke lead after the first day with a 79. The top area competitor is Springfield’s Mackenzie Lothert, who shot a 94 on the first day and she is currently 28th overall.

New Ulm Cathedral’s Kayla Goblirsch is one stroke back of Lothert with a 95 and she is tied for 30th. Minnesota Valley Lutheran’s Nadine Clobes made her tournament debut with a 96 on the first day and Cedar Mountains’ Shaylee Schiller shot a 98.

For the boys, Neid and Haala will tee off from the first hole at 7:39 and Netzke at 8:06. Asmus will tee off for Springfield at 8:15 a.m. and he will be followed by Runck, Thram, Rogotzke, Winkelmann and Kretsch, who tees off at 9 a.m.