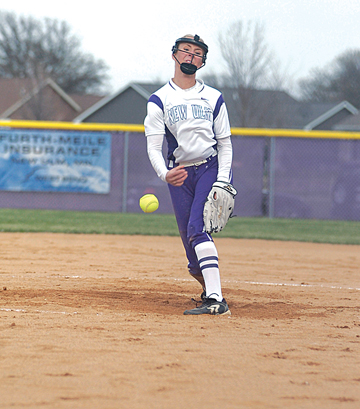 Daughter of Brent and Denise Donner

• Donner allowed one earned run in three games pitched last week. On Friday, Donner hurled a no-hitter against Big South Conference rival Marshall in a 15-0 win. She finished that contest with eight strikeouts.

• Donnner also struck out 16 in a 7-1 win over Worthington on the Tuesday, May 7 and had eight strikeouts in a Game 1 win (12-0, five inn.) over Waseca in home doubleheader sweep last Thursday.

Donner is a big reason why the Eagles are off to a 12-1 start prior to Monday’s game. The only loss for the Eagles this year was on April 16 at St. Peter and they’ve won 11 straight games since then.

“She’s been rock solid in some clutch situations,” her coach Kristi Andersen-Loose said. “When she just gets in the circle, she does her job.”