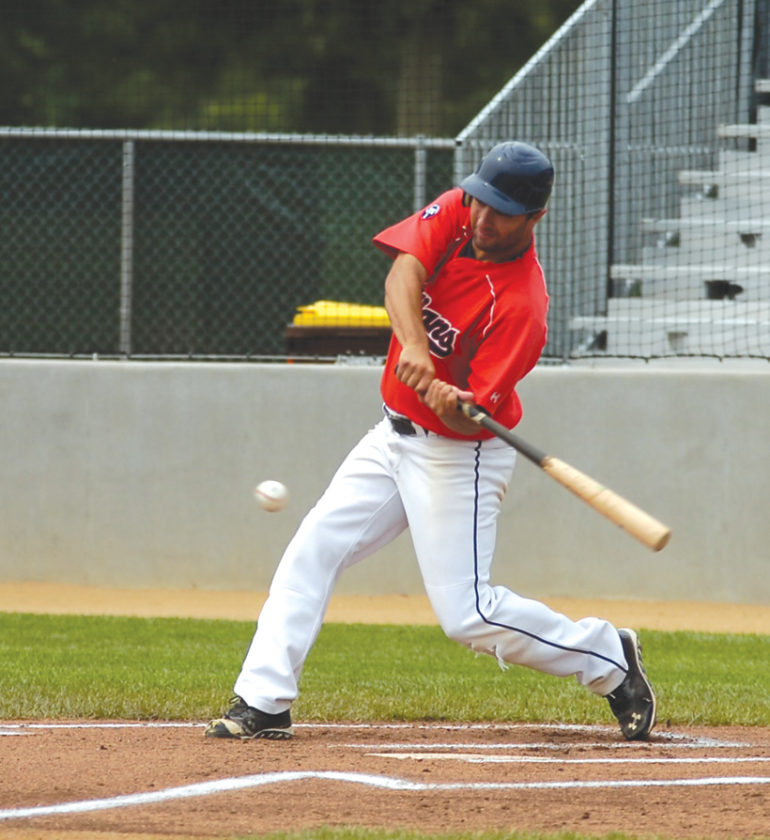 SHAKOPEE — When a pitcher has a game like Hutchinson starting pitcher Matt Timm had on Saturday night against Sleepy Eye, things are bound to turn out well for that pitcher’s team.

Timm made history on the mound at Schleper Stadium on Saturday night, keeping the Indians off base all game with a perfect game and leading his team to a 6-0 win in Class C State Amateur Baseball action.

With the win, Hutchinson moves on to Sunday to play at 11 p.m., while the Indians are eliminated.

Hutchinson opened the first inning with a 1-0 lead after a pair of two-out doubles, one by Jayden Juergensen and a second by Jake Wendland that drove Juergensen in.

After two outs in the top of the third, Sleepy Eye starting pitcher Sean Mathiowetz walked three consecutive batters to load the bases. A balk was called on Mathiowetz during the next at-bat, allowing Juergensen to score and put Hutchinson up 2-0. Hutchinson added another run in the fourth after a three-hit inning and an RBI single by Matt Piechowski to lead 3-0.

Piechowski drove in another pair of runs in the sixth inning on a triple to give Hutchinson a 5-0 lead. An RBI single by Juergensen drove Piechowski in for a 6-0 Hutchinson advantage.

Mathiowetz pitched four innings for the Indians and took the loss, allowing three earned runs on five hits and five walks. He struck out two.

Jevan Richert pitched three innings in relief for Mathiowetz, giving up three earned runs on four hits and a walk. He struck out one.

Hutchinson had 11 hits and commited no errors, while the Indians were hitless with an error.