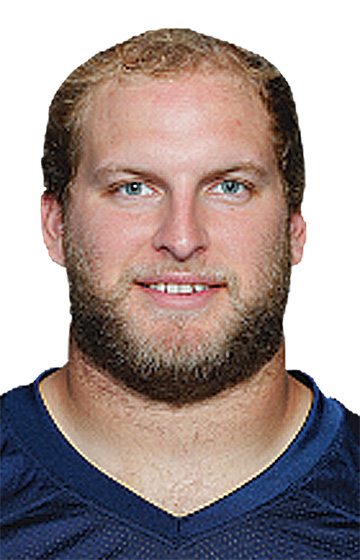 LOS ANGELES — In a little more than a week since he joined the Los Angeles Chargers, Springfield native Tyler Marz has had little time to see the sights of his new city and mostly has his head buried in the team’s playbook.

Regardless, being on an active 53-man roster is a significant step up for Marz and now he’s just being patient and waiting his turn after moving to Los Angeles from Nashville.

“You’re just sitting there waiting and trying to do your job to the best of your ability,” Marz said. “I love Nashville, I love the team there but I’m grateful and excited about this opportunity. Things are going so well so far.”

The Titans signed Marz to a free agent contract after the 2016 NFL draft and he was a member of their practice squad for the 2016 season. He was on their practice squad again this season until the Chargers claimed him. He’s been busy learning the playbook and getting settled in the Los Angeles area ever since.

“I actually flew out on Wednesday (Sept. 20) at about 6 a.m. Nashville time and when I got to L.A. I had to do a physical and make sure I was ready to roll,” Marz said. “I got to the facility just in time for practice.”

Once in Los Angeles, he was reunited with a couple of former University of Wisconsin teammates in Melvin Gordon and Derek Watt.

“It was weird just because everything was happening so quick, but it was good to know Derek Watt and Melvin here just so that I had some similarities,” Marz said. “At the same time, you’re kind of blind and just doing what you can without know the technique that they want. But the understand as coaches, you just try to roll with it and follow the lead of the other guys.”

Marz is listed as someone who can play both two positions for the team. Because NFL rosters can change at anytime with injuries and free agent signings, Marz doesn’t exactly know what his role on the team will be yet.

“They got me at guard-tackle now,” he said. “There’s not really a depth chart, if someone goes down they have their next guy in at each position, but until I get really comfortable, I don’t think I’ll be one of those guys that they’ll really lean on for a couple of weeks at least,” he said.

For now, it’s just a matter of fine-tuning some basic stuff in the playbook and getting used to the terminology the Chargers use.

“I think I know it pretty well, coaches have their routine so for me to just jump in midseason, it’s a little bit more difficult to earn their trust,” he said. “Just because I wasn’t here with them for camp, but people always ask me if I’m going to play or dress and I don’t know.”

While the adjustment has been a little difficult, he’s not complaining about the California weather.

“It’s very different, I was talking to my folks and I hear it’s getting pretty cold back home, I’m still wearing shorts and flip flops,” he said. “It’s different, I think the area I’m in isn’t too populated like LA would be so I’m kind of glad that I’m able to live in this Irving/Costa Mesa area, but I definitely miss small towns and Minnesota.”