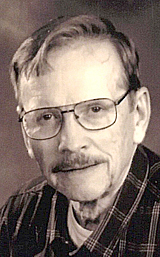 LAKE CRYSTAL — Jerome Joseph Hillesheim, age 75, of Lake Crystal, died Thursday, May 7, 2020 at his home, surrounded by his family after a courageous battle with cancer.

Jerome was born August 7, 1944 to Roman Gregory and Angela Mary (Huiras) Hillesheim in New Ulm. He grew up on the family farm by Sleepy Eye, the oldest of 13 children. Jerome graduated from St. Mary’s High School, Sleepy Eye in 1962. He graduated from Mankato Vo-Tech. Jerry served his country with the U. S. Army National Guard. He was united in marriage to Nancy K. Hutchens on November 18, 1967 at Holy Family Catholic Church, Lake Crystal. Jerry was former owner of Hillesheim TV and Appliance in Madelia, co-owner of Electronic Repair in Lake Crystal, and retired after many years from Tony Downs as an electrician. In retirement he drove bus #18, for Champlin Bus Service.

Faith was very important to Jerry. He was a faithful member of Holy Family Catholic Church where he served as an usher and member of the Men’s Club. He also served as a trustee for the Holy Family Catholic Cemetery. Jerry was a former member of the Lake Crystal Ambulance and Fire Departments, a 10-gallon Red Cross blood donor, and Boy Scout leader. He enjoyed hunting, fishing, feeding the birds with his brother-in-law, Al, helping out others, spending time with his family, especially his grandchildren.

A special thanks to Hillcrest Rehabilitation Center, Remedy Therapy, Mayo Hospice, and Adara Home Health for their excellent care, and especially Fr. Tim Reker and Deacon John Rudd for their many visits and prayers.