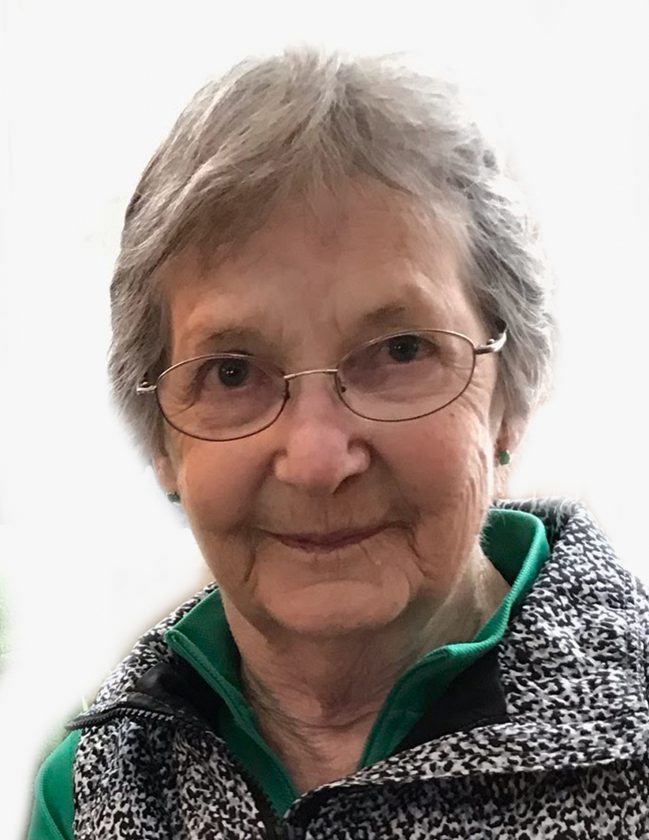 NEW ULM — Helen Scheman, 97, of New Ulm, died from heart complications on Saturday, May 9, 2020 at the home of her daughter Karla and son-in-law Duane Hansel where she lived for the last two months. Arrangements are with Minnesota Valley Funeral Home for a private burial service to be held at New Ulm Catholic Cemetery and a memorial mass to follow at a later date. Father Jerry Maidl will officiate the service. The Christian Mothers will pray the rosary at 4 pm on Friday at the Cathedral of Holy Trinity practicing strong social distancing guidelines. The service will be livestreamed starting at 11 am on Saturday on the Minnesota Valley Funeral Home’s Facebook page. To leave an online condolence for her family, or to sign the guestbook, go to: mvfh.org

Helen Mae was born October 5, 1922 in Chadron, Nebraska, living in a soddy with her parents Ken and Marie Hughes. The family moved to Sunrise, a company copper mining town and then later homesteaded a ranch in Lusk, Wyoming where her father Ken raised cattle and sheep. Helen’s mother, Marie, taught piano and played for the silent movies which Helen could attend for free. Helen and her sister Marg tap danced to draw crowds for political rallies. Helen, Marg, and brother Bud rode a horse to school, three to a saddle. Helen was the school valedictorian and was college bound until her sister, due to loneliness, dropped out of business school in Denver, Colorado. The nonrefundable tuition dictated that Helen needed to take her sister’s place, thereby derailing Helen’s dream of becoming a teacher. After graduating from business school, Helen worked at the Federal Building in Cheyenne, Wyoming. She met her husband to be, Melvin Scheman at a USO dance. They were married on February 24, 1943 in Cheyenne, Wyoming shortly before Mel shipped out for his overseas military tour in the U.S. Army, During the war, Helen moved to Chicago, Illinois where she worked as a secretary. In 1946, after Mel’s honorable discharge, they moved to New Ulm. In her later years, Helen worked at the Brown County Veterans Service Office for eleven years.

Helen was loving, caring, and fun. She is the cherished mother of Ken (Pat), Kathy (Bob) McLain, Gary (Soledad), Jim (Jean), Karla (Duane) Hansel, Lynn (Tony) Meine, John (Yetty), Tom (Jen); 19 grandchildren; 17 great grandchildren. She is remembered for her homemade flannel pajamas every Christmas, freshly baked peach pies, doughnuts and cinnamon rolls, crepe paper dresses and buggies for the kiddie parades. Despite all the housework, she always took time to entertain whether she was trying to pogo stick, whistle, roll her tongue or tap dance. She took delight and pride in the accomplishments of her children and grandchildren. She was filled with joy at holding her great grandchildren. Her loving acceptance of family and friends knew no bounds. She was a trustworthy friend who listened, understood, and always had an encouraging word. When there was someone in need of help, a lending hand was given. She enjoyed many years of golf, bowling and bridge. She was a model for aging with witty one liners, amazing resiliency and unbounding grace.

Above all, Helen had an unshakeable faith in God. She believed that with God, you can face anything and it’s going to be OK. Helen and Mel passed on a love of family and a deep faith in God to their family. Helen wanted to be surrounded by her family when she died, and she got her wish. Over 27 were gathered and Helen called us each by name as we shared stories, laughter, songs and prayers. When she saw Father Jerry, who administered last rites, Helen pointed to heaven and said, “We won, we won. I’m going upI” Her family witnessed the sacredness of life. What a blessing!