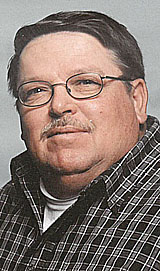 Due to CDC’s recommendations Larry’s family will be having a private service at St. Anthony’s Catholic Church in Selz, ND followed by burial in the church cemetery. A reception is being planned for a later date in Harvey. A visitation following CDC recommendations will be from 4 p.m. to 7 p.m. on Tuesday, March 24 at the Hertz Funeral Home, Harvey, ND

Larry Milton Svoboda was born on March 12, 1947 in Canby, MN to Francis and Fern (Milton) Svoboda. He was raised on the family farm until the family moved to St. Paul, MN. He attended Central High in St. Paul before enlisting in the Army in February 1966 where he finished his education. He served in Vietnam from 1967 to 1968 and in Korea from 1968 to 1969 after which he received his honorable discharge. He resumed his military service in 1973 by joining the South Dakota National Guard. He later transferred to the 133rd Minnesota Air Guard and retired in 1990 as a Master Sergeant. Larry received many awards throughout his military career.

Larry met and later married Magdalena Fettig on November 25, 1970 in Selz and they were blessed with two sons, Kevin and Shelley and a daughter, Petrina.

Larry worked for Chickasha Mobile Homes in Watertown, SD where he built their first home, Regal Homes in Montevideo, MN and Skyline in New Ulm, MN. He started working for Kraft Foods in 1976 and retired from there in 2005. In 2005, he and Maggie moved to Martin, ND to enjoy their retirement and be closer to family.

Larry had many talents. He was mechanically inclined and was a good carpenter. He enjoyed traveling and taking his family on summer vacations, camping and fishing. He also enjoyed hunting and ATV riding with his sons, daughter, son-in-law, brothers-in-law and nephews. Larry enjoyed music, cards and dancing. He loved his family and often teased his children and grandchildren. Many jokes were told, often ending with his contagious laughter.

Larry was a member of the Eagles Club in Harvey.