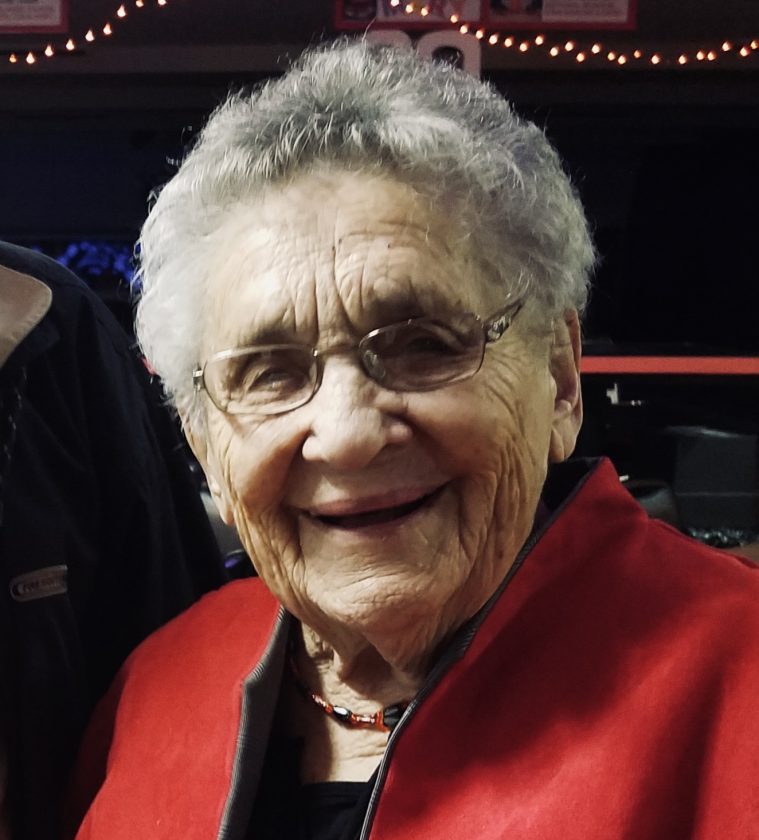 GIBBON — Mary Jane Hartmann, age 91, of Gibbon passed away peacefully of heart failure on Friday, February 21, 2020, at the Abbott Northwestern Hospital in Minneapolis with her family by her side.

Visitation will be from 4-8 p.m. on Monday and continue from 9:30-10:30 a.m. on Tuesday at St. Willibrord’s Catholic Church. The Minnesota Valley Funeral Homes of Gibbon are assisting the family with arrangements.

To leave an online condolence for the family, or to sign the guestbook, go to: mvfh.org

Mary Jane Wendinger was born November 14, 1928, in West Newton Township to Alex and Eleanor (Walser) Wendinger. She attended country grade school in St. George, and later attended Ag school in New Ulm. Mary was united in marriage to Otto Hartmann on August 24, 1949 in the St. George Catholic Church. They bought a farm five miles south of Gibbon where they raised their eight children and continued to live until 1984 when they moved into their new home in Gibbon. Mary was a devout wife, homemaker, mother, farmer, gardener, seamstress, quilter, baker of buns, and polka dancer. She enjoyed playing sheepshead, doing jigsaw puzzles, bowling, playing bingo, and socializing at coffee parties. As a dedicated mother and grandmother, she attended all of her family’s baptisms, birthday parties, First Communions, Confirmations, baseball, basketball, football games, track meets, music concerts, plays, recitals, graduations, wedding showers, weddings, and anniversaries. A close family was important to her. In her life, Mary worked at Green Giant, cooked for GFW Schools, and was a faithful member of St. Willibrord’s Catholic Church in Gibbon. She volunteered with the CCW, served as a church janitor, and also sang with the church choir. Mary also volunteered her time with the County Extension Group, Community Ed, and with the quilting circle. Mary also dearly enjoyed traveling getting to see the sights of Germany, Australia, New Zealand, Hawaii, Israel, and Mexico in her lifetime. Although Mary lived a long and beautiful 91 years, she will be dearly missed by many. Countless cherished memories will forever stay in the hearts of those who knew and loved her. Blessed be those memories.

In lieu of flowers, memorials are preferred to St. Willibrord’s Catholic Church or to Food for the Poor in Guatemala.