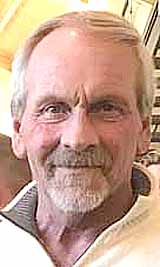 Visitation will be on Thursday from 4 to 8 p.m. at the Sturm Funeral Home, Springfield and will continue on Friday from 9 until 10 a.m. at the Trinity Lutheran Church, Sleepy Eye.

Funeral Service will be held at the Trinity Lutheran Church, Sleepy Eye, on Friday, Jan. 10, at 10 a.m. The clergy will be Pastor Nathan Luong. Military Honors by the John Watson American Legion Post in Springfield.

Interment will be at the St. Paul Lutheran Cemetery, Springfield. Reception to follow at the Springfield Community Center.

Arrangements are with the Sturm Funeral Home in Springfield.

Russ Voge was born at the Tessien Hospital in Springfield on Feb. 4, 1952 to Alvin and Tina (Winkelmann) Voge. He attended Country School and then Springfield Public where he graduated in 1970. His passion was farming and milking cows with his Dad. After the cows were sold, he continued raising crops and worked at the Holles Turkey Barns. In 1993, he started working for Mathiowetz Construction and retired 21 years later.

He continued to love working with the land by gardening and giving away his bounty and helping haul grain in the fall. He worked hard and was always willing to help anyone who needed it. He enjoyed hunting elk and deer, as well as fishing, especially through the ice on Lake of the Woods. He enjoyed a good conversation with anyone and was happiest spending time with his family. His three grandchildren were the light of his life! He served in the National Guard from 1970-1976.