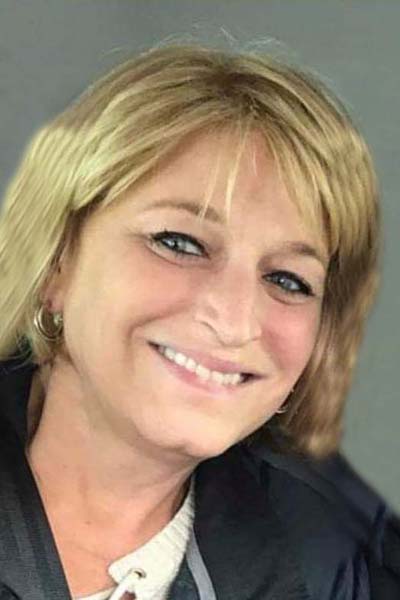 Mass of Christian Burial will be held at the St. Raphael Catholic Church on Monday at 10:30 am.

The clergy will be Father Phil Schotzko. Interment will be at the St. Raphael Catholic Cemetery in Springfield.

Arrangements are with the Sturm Funeral Home in Springfield, MN. On line condolences may be left for the family at www.sturmfh.com.

Monica Rose Platz was born on December 11, 1961, daughter of Albert and Gloria (Turbes) Platz at the Springfield Hospital in Springfield, MN. Monica attended St. Raphael Catholic School through 8th grade and then Springfield Public School, graduating in 1980. In 1983, she enlisted in the US Army and was honorably discharged in 1986 after serving in Alabama, South Carolina, and at the US Pentagon – MDW. The Monday following her discharge, she went to work for the US Department of the Navy where she was responsible for tracking the backfitting Polaris, Poseiden, and Trident missiles onto Nuclear Submarines. Monica moved to Chicago in 1987 and joined the law firm of Mayer Brown as a Legal Assistant. Monica worked 32 years for the firm and was an original co-organizer of Mayer Brown’s involvement with the Ricky Birdsong Race Against Hate.

Monica was united in marriage to Bob Herrmann in 1992 and they were blessed with two sons – Alexander and Adam. Monica really enjoyed watching her boys play sports and drew great joy from going to Cooperstown, New York with Adam’s Little League baseball team and to Alex’s bowling tournaments, both in high school and college. She was very proud of both of them.

After a bout of breast cancer in 2006, Monica raised money for the American Cancer Society and The Susan G. Komen Association – completing the Komen 3 Day Race for the Cure in 2008. Monica moved to Springfield in April of 2018. Prior to and following her move to Springfield, Monica became active in the Springfield American Legion serving as 1st, 2nd, and 3rd Vice for John Watson Post #257. Monica was to become the first female commander in June of 2020.

Monica was fortunate to find the love of her life, John Sagan, with whom she enjoyed many travels and adventures. In the words of the author, James Lee Burke, “There is a certain kind of love that’s forever. It’s not marked by a marital vow, or social custom, or gender identity, or the age of the parties involved. It’s a love that doesn’t even need to be declared. Its presence in your life is as factual as the sun rising in the morning. You do not argue in its defense or try to explain or justify it to others. The other party moves into your heart and remains with you the rest of your days. The bond is never broken, any more than you can separate yourself from your body or soul.”