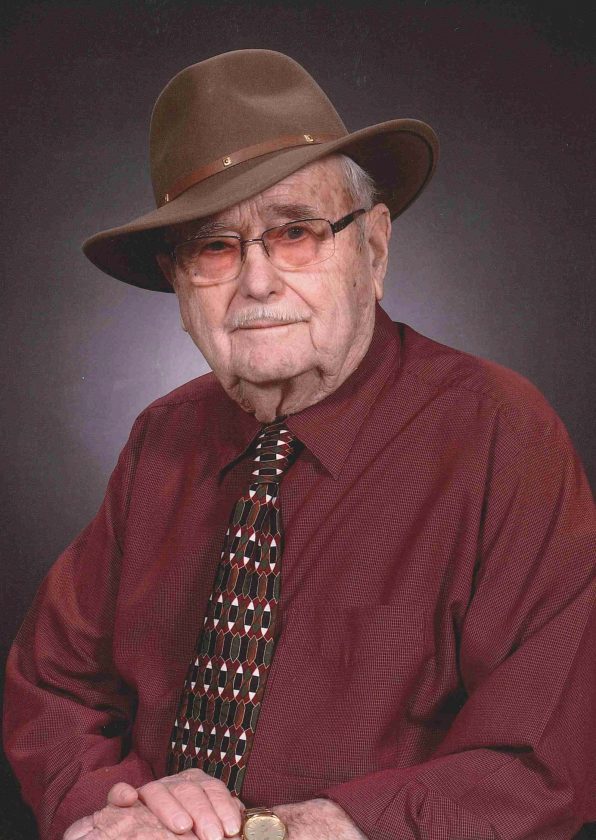 MANKATO — Valentine Rathman died peacefully surrounded by his family on Sunday, November 3, 2019, in Mankato, MN at the age of 98.

Mass of Christian Burial will be held at the St. Paul’s Catholic Church in Comfrey on Thursday, November 7, 2019 at 10:30 am.

The clergy will be Msgr. Eugene Lozinski. Interment will be at the St. Paul Catholic Cemetery in Comfrey, MN.

Arrangements are with the Sturm Funeral Home in Comfrey, MN. On line condolences may be left for the family at www.sturmfh.com.

Valentine George Rathman was born on February 14, 1921 to Edwin and Amelia (Eckstein) Rathman in Comfrey, MN. He served in the US Army from 1944-1946. He trained at Camp Roberts, CA and saw combat service in the South Philippines and then was sent to Korea. After his return, he was united in marriage to Marian Helget on April 9, 1947, at St. Mary’s Church in Sleepy Eye. He lived in the Comfrey area his whole life where he farmed. Valentine was a member of St. Paul’s Catholic Church, Men’s Society, and cemetery board. He also was a member of the American Legion. Valentine enjoyed playing cards, fishing, Sunday drives with Marian, and afternoon coffee with the guys. Valentine and Marian enjoyed family fishing trips to Breezy Point as well as traveling to Mexico and Hawaii.