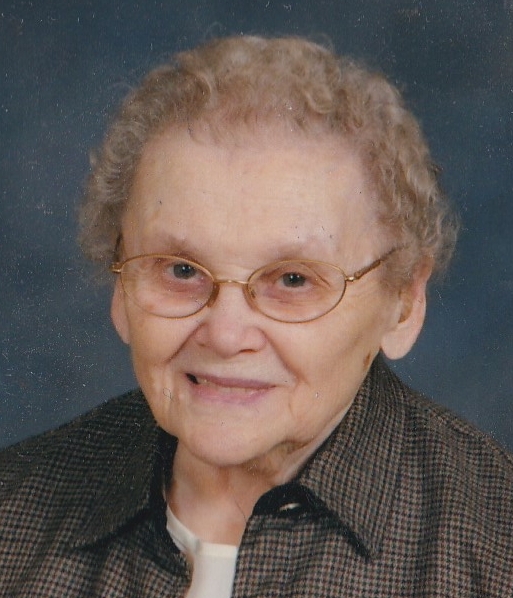 Mass of Christian Burial will be 11 a.m. Saturday, November 9, 2019 at St. Raphael’s Catholic Church in Springfield. Burial will follow in the church cemetery.

Loretta Ann Saffert was born April 7, 1921 to George and Edith (Kastner) Saffert in Stately Township, Brown County. She attended grade school at District 11 in Stately Township and was united in marriage to Clarence Wenisch, Sr., on April 11, 1940 in Sanborn. Their union was blessed with 10 children, who Loretta and Clarence raised together on the family farm. Loretta dedicated her life to raising her children and making a loving home for her family. She also spent time working at the Highway Market and then Tauer’s Supervalue in Springfield.

Loretta had a passion for cooking and baking. Whenever family came to visit, she would often bake over 20 loaves of bread and a tremendous number of cookies to eat and send home. Loretta also was an avid gardener and an involved grandmother, great-grandmother, and great-great-grandmother. She was a dedicated member of St. Raphael’s Catholic Church, the Catholic Order of Forsters, and St. John’s Lutheran Home Auxiliary. Above all else, Loretta treasured the time spent providing and being with all of her family and friends. She will be dearly missed by those who knew her. Blessed be her memory.

In lieu of flowers, memorials are preferred to St. John’s Lutheran Home.