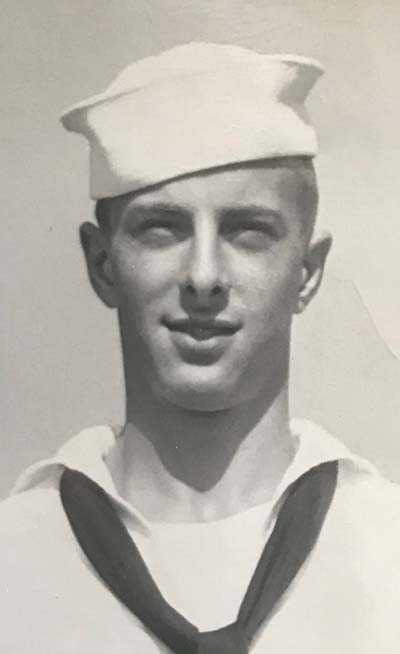 Charlie passed away peacefully on September 4, at age 92.

He was born on June 5, 1927, two weeks after Charles Lindbergh completed his solo flight across the Atlantic Ocean to Paris. To all, he was known Charlie or Chuck after the aviator rather than Herb or Herbert after his father.

Charlie was proceeded in death by; his parents Herbert E Doering and Evelyn A Doering (nee Petrich) of New Ulm, his wife of 56 years Jean R Doering, (nee Galloway) also of New Ulm, and his son Jeffrey F Doering.

Charlie was very proud of his German heritage and his Minnesota territorial pioneer roots. His mother’s grandfather settled on the prairie before Minnesota became a state. He grew up in New Ulm, during the depression, the only child of Herb and Ev Doering. Charlie adored New Ulm and it’s German culture. His heart beat to a Polka rhythm. He left high school before graduation to enlist in the US Navy. As he was training for future service against Japan, news came of the Japanese surrender. Charlie served; processing returning sailors back to civilian life.

He graduated the University of Minnesota, went to work in pharmaceutical sales. He met and married Jean in New Ulm. He became a scientist and medical researcher. Most importantly, Charlie was family man. Charlie and Jean raised their 5 children in Bloomington, MN. Charlie often admitted that he counted on Jean in all matters of raising a family. He trusted her judgment and wisdom. Charlie and Jean were members of the Hillcrest United Methodist church for over 50 years. Charlie was active in the Bloomington civic affairs, serving on the Advisory Board of Health. He was active in DFL politics. He enjoyed Toastmasters and became an accomplished public speaker.

Charlie was never afraid of having his own ideas. He was interested in science, finance, current events, public affairs and Minnesota Gopher Football. Charlie was always eager to share a conversation, and was an active life-long learner. He was known to quote Goethe, in German to make his point. He took his children into the woods each spring to teach them about nature, and morel mushrooms. Later in life he took up competitive ballroom dancing winning a stack of ribbons to go with the ribbons he won as a high school track athlete.

Charlie’s children will host a memorial service on 10/17 at 1000 AM At Hillcrest United Methodist Church, 9100 Russell Ave South, Bloomington, MN 55431