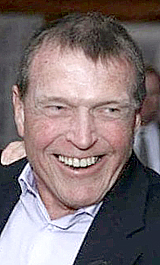 James Glenn Kramer passed away peacefully surrounded by family on Sept. 30, 2019 at the age of 80 from cancer.

He was born Nov. 7, 1938 in Gibbon to Frederick and Sylvia (Henschke) Kramer. He graduated from Martin Luther High School and College in 1956. Jim then joined the Air Force where he served eight years.

He married the love of his life, Phyllis Schmiedeke in 1958. After the Air Force, Jim went on to work at Honeywell, Cray, and SGI. During retirement Jim became quite the handy man, and helped out many family members with their projects.

Jim was known for always being happy and wanting to help others. He loved spending time traveling, golfing, and cross country skiing. Jim was caring and had good, strong relationships with everyone. He was one of a kind and will be missed. Jim was a man of faith and will be watching down upon us from heaven.

He is survived by his wife, Phyllis, his daughter Michelle (John), his daughter Lynette (Pat), his son Kevin (Judy), his sister Dorothy (Robert), his brothers Leroy (Carolyn) and David (Gloria), his brother’s wife Euni, his grandchildren Preston, Parker, Matthew (Heather), Nicole (Coty), and his great-grandchildren Asher and Rowan.

He was preceded in death by his father Frederick, his mother Sylvia, his brothers Reuben, Arvid (Dolores), and Kenneth (Marty).

In lieu of flowers, the family prefers that memorial donations be directed to: Phyllis Kramer.