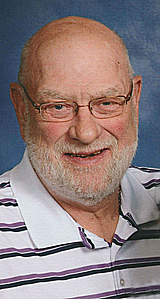 Visitation will be 4-7 p.m. Wednesday and 9-10:30 a.m. Thursday at the Minnesota Valley Funeral Home NORTH CHAPEL in New Ulm.

To leave an online condolence for his family, or to sign the guestbook, to: mvfh.org

He was preceded in death by his parent; his wife, Sharon Kuck in 2018; a brother, Kenneth Kuck; his sister-in-law, Marlyn Kuck; and a nephew, Steve Kuck.

Richard “Dick” Patrick Kuck was born June 21, 1946, in New Ulm to John and Quidella (Reinhart) Kuck. He attended grade school at St. John’s Catholic School in Searles, and was a 1964 graduate from Cathedral High School in New Ulm. He proudly served his country from 1965-71 with the Minnesota National Guard. On September 21, 1968, Dick was united in marriage to Sharon “Sherry” Schaefer at St. John the Baptist Catholic Church in Searles. Dick started his working career with the Hartford Glass Company where he worked from 1965-71. In 1971, Dick started his work with Searles Well Drilling Inc., a company he worked with until his retirement in 2010. Besides his work, there were a variety of hobbies that Dick enjoyed in life. He had a lifelong love for baseball. He served on the Searles Baseball board for 8 years and worked as an umpire for local little league baseball games for many years as well. He also loved spending time outdoors. He loved riding motorcycle, cutting grass, and spending time in the woods. What he loved most in life was time he got to spend with his family, especially his grandkids. Dick was a devout member of St. John the Baptist Catholic Church in Searles where he served as a board member for eight years. Dick will be dearly missed by all who knew and loved him, but his memory will forever stay in our hearts. Blessed be his memory.