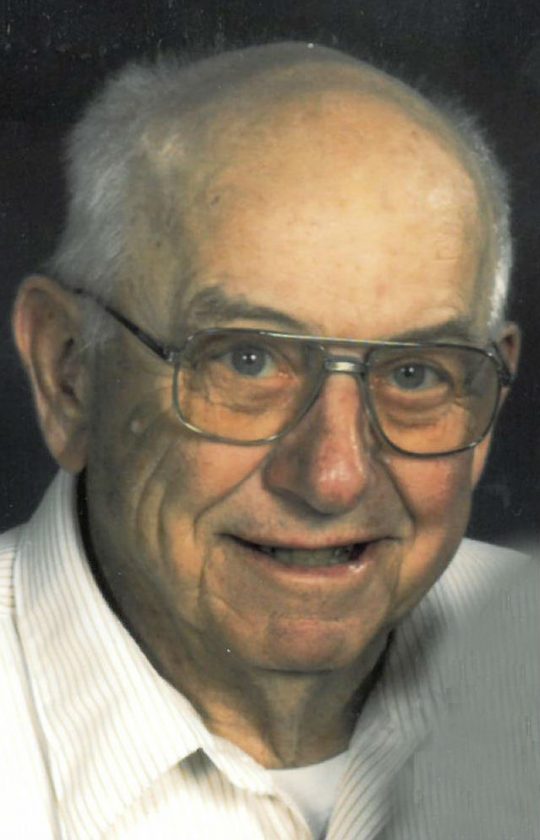 LAFAYETTE — Roger A. Nelson, age 92, of Lafayette passed away Sunday, May 19th, 2019 at Abbott North Western Hospital in Minneapolis.

Funeral service will be 11:00 am Friday, May 24th, 2019 at the First United Methodist Church. Pastor Jo Anne Taylor will be officiating. Burial will take place at the Clear Lake Methodist Cemetery in Cornish Township, Sibley County.

To leave an online condolence for his family, or to sign the guestbook, go to: mvfh.org.

Roger Alphonse Nelson was born June 27, 1926 to Hugo and Margaret (Kosek) Nelson in Lafayette. He was baptized at the Clear Lake Methodist Church near Lafayette and was later confirmed in his faith in his youth on March 24, 1940. He attended elementary school in Lafayette and graduated from New Ulm High School. As a child he resided on the family farm which originated with its purchase in 1885 by Rogers’ grandfather, Charles H (C.H.) Nelson and passed it on to his father, Hugo then to Roger. Roger was united in marriage to Muriel Katherine Elois Lundin on June 15, 1946 at the Clear Lake Methodist Church in Cornish Township, Nicollet County. Together they raised their sons, Donald and Todd. Eventually his son, Todd joined him in the dairy farm operation and in 1985 the farm was declared a “Century Farm” -continuously owned and operated by one family for over 100 years. Roger was very proud of that fact and enjoyed many more years helping with the milking, planting and harvesting. He went from using horse drawn equipment in his youth, to the modern day equipment with GPS auto steering, which he really got a kick out of.

He was a member of the board of directors for New Sweden Mutual Insurance, Lafayette United Methodist Church and a School Board member for Lafayette School.