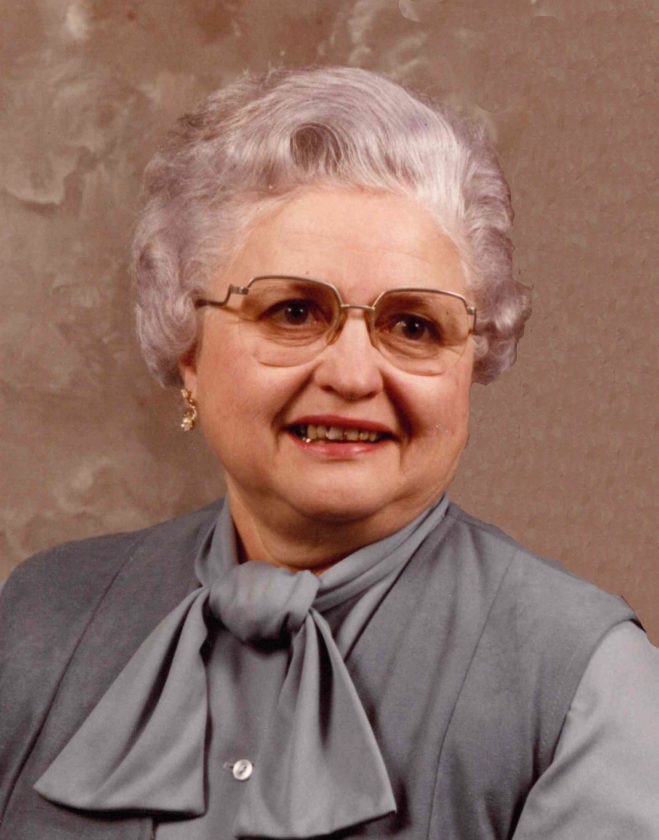 Lorraine (Fenske) Schulz passed away on May 16, 2019, at Pioneer Care in Fergus Falls one month shy of her 93rd birthday.

Lorraine Eunice was born June 17, 1926, on a small Aurdal Township farm to William and Selma (Haave) Fenske. Lorraine attended Country School District 66 through sixth grade. She graduated from Fergus Falls Senior High School as a proud member of the National Honor Society. Lorraine grew up in Immanuel Lutheran Church of Friberg where she was baptized, confirmed, and married.

Lorraine and Walter W. Schulz were married on September 9, 1945. After their marriage, the couple purchased Walt’s parents’ farm in Fergus Falls Township, where they resided over 45 years. Lorraine worked side-by-side with Walt running a dairy farm, establishing a construction business, and raising two children, Karalyn and Tim. Lorraine also worked at Rosenblatt’s and Bunny Bread Bakery to help realize her dream of Karalyn and Tim getting a college education.

Lorraine was very artistic and creative as evidenced by her glass painting, ceramics, crafting, rosemaling, quilting, tailoring, and furniture restoration. Lorraine was a long-term Fergus 4-H Club leader and received the “Outstanding West Otter Tail County 4-H Leader” award. She enjoyed spending time with her family, especially her grandchildren as they grew up.

Lorraine, a woman of faith, was an active member of Trinity Lutheran church including 18 years teaching Sunday School. In the 1970s, she and Walt were founding members of Hope Lutheran Church, where she was very active in Women of Hope and the quilting group.

Arrangements are provided by the Olson Funeral Home, Fergus Falls

Condolences may be sent online at www.olsonfuneralhome.com