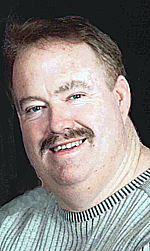 SLEEPY EYE — Daniel Thomas Hacker, 65, of rural Sleepy Eye passed away on Sunday, Aug. 19, 2018, from complications from ALS, Lou Gehrig’s Disease, after a 12-year battle. He died at home surrounded by his wife and children. He is now home with his Heavenly Father.

Visitation will be on Tuesday from 4 to 7 p.m. at Sturm Funeral Home, Sleepy Eye and will continue on Wednesday from 10 until 11 a.m. at the church.

A meal of celebration will follow the service in the lower level of the church.

The clergy will be Pastor Chris Cordes.

Interment will be at the Zion Lutheran Cemetery rural Morgan at 2 pm on Wednesday.

Dan was born in Sleepy Eye to George and Helen Hacker on Nov. 1, 1952. He is the oldest of 13 children. He attended high school in Springfield and Vocational School in Jackson. He was very active in FFA and received National awards. He married the love of his life, Lynn Schumacher, on Aug. 17, 1974 in Door County, Wis. Together they have owned Hacker’s Tree Farm, Nursery and Greenhouse since 1981. Dan and Lynn were able to celebrate their 44th wedding anniversary surrounded by all the people he loved on Friday, Aug. 17, 2018. Dan never worked a day in his life. He truly loved the hard work of their business. Since his diagnosis in January of 2007 he has put his boots on every day and gone out to work. He has put on thousands of miles in his wheelchair working in his greenhouses and tree fields on their farm. He managed to squeeze every minute out of life. Dan was able to go outside and enjoy the view of his Christmas Tree field surrounded by his family just hours before he went to Heaven. Dan especially enjoyed sharing his love of pigs with his grandkids. His grandkids all showed pigs together at the Polka Town Hog Show, which Dan has been involved with for 47 years, and the Brown County Fair for many years. His absolute favorite week of the year was the Brown County Fair. He was able to enjoy one last fair this year and sample all his favorite fair foods and watch his grandkids show his pigs. Dan was an active member in St. John’s Lutheran Church in Sleepy Eye, The Brown County Pork Producers Board, and the Minnesota Christmas Tree Growers Association.