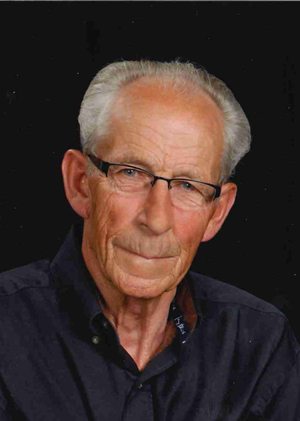 Visitation will be on Wednesday from 4 to 8 pm at the Sturm Funeral Home, Sleepy Eye and will continue on Thursday from 9:30 until 10:30 am at the church.

Interment will be at the Home Cemetery in Sleepy Eye.

Online Condolences may be left at www.sturmfh.com

Linus Raymond Wenthold was born on April 7, 1934 in Winneshiek County, IA the son of Henry J. & Margaret (Kleve) Wenthold. He grew up in rural Ossian, Iowa and attended school through the 8th grade. He married Anna Riha at Ft. Atkinson, Iowa. The couple was later divorced. Linus farmed and drove truck for many years. Linus loved driving in demolition derby’s, trail riding, hunting and fishing. He was a member of the Mabel Sportsman’s Club, Sleepy Eye Saddle Club and a Lifetime member of the Rocky Mountain Elk Foundation.