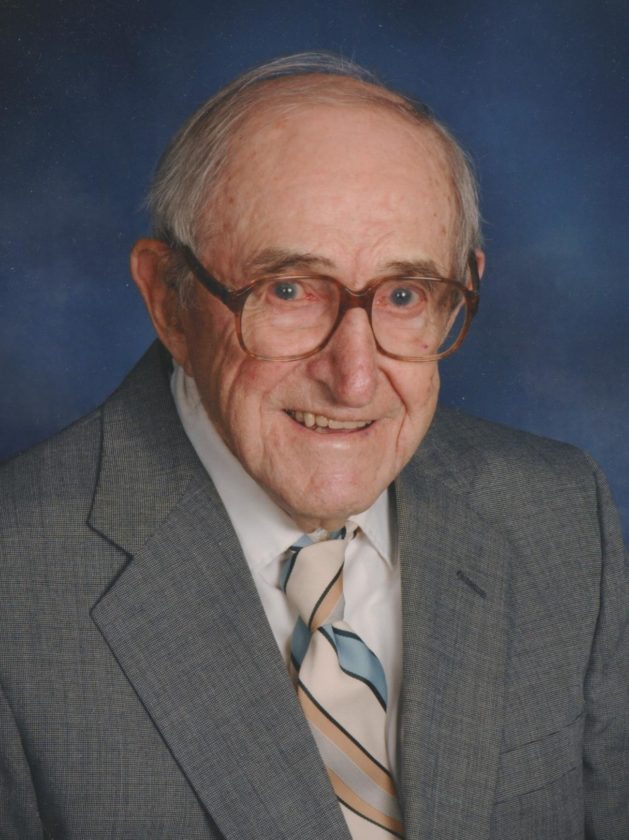 Funeral service will be 11 a.m. on Saturday, Sept. 9, at First Lutheran Church in Winthrop. Pastor Erik Karlson will officiate, and burial will follow in the Winthrop Cemetery where full military honors will be provided by the Winthrop Area Honor Guard.

Visitation will be from 9:30-11 a.m. on Saturday at the church in Winthrop. Arrangements are being made with the Minnesota Valley Funeral Home of Gibbon.

He was preceded in death by his parents; his sisters and brother-in-law, Ardella Larson, Luella and Gunnar Davidson; brothers and sister-in-law, Ernest Larson, Arvid and Maxine Larson.

Edmund Sheldon Larson was born July 28, 1915 in Cornish Township, Sibley County, to Otto and Anna (Anderson) Larson. He attended rural school in Cornish Township-District 72, and later attended Winthrop High School. Edmund served in the U.S. Army during World War II from 1942-1945 as a PFC Gunner. Edmund was wounded in Saarlautern, Germany, near Metz, France, as part of the European African Middle Eastern Theater, and by the end of his service was awarded two Bronze Campaign Stars, the Good Conduct Ribbon, the American Theater Ribbon, and two Purple Hearts. After his time in the service, Edmund returned to the Winthrop area where he farmed the family farm with his brother Orville until retirement. Edmund enjoyed traveling in the United States and Scandinavian countries. He enjoyed reading, visiting with family and friends, and when he was younger, going ice spearing with friends and family. He lived on the family farm until the age of 99. When he needed assistance with daily care, he moved to the Good Samaritan Society in Winthrop in December 2014. Edmund was a member of the American Legion, the Disabled American Veterans, and First Lutheran Church of Winthrop, where he formerly served on the church council. Edmund will be dearly missed by all who knew and loved him. Blessed be his memory.