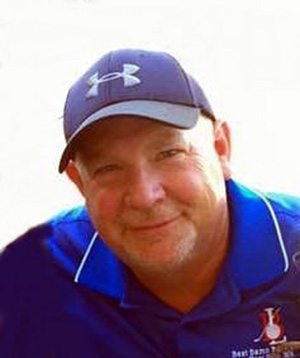 Funeral service will be 11 AM Friday, September 8, at Our Savior’s Lutheran Church in New Ulm with Pastor Deb Bergstrand officiating.

Visitation will be 4 – 7 PM Thursday at the Minnesota Valley Funeral Home NORTH CHAPEL in New Ulm and will continue for one hour prior to the time of service at church on Friday.

Dale August Strandmark was born June 6, 1955 in Windom to Donald and Lorena (Zuehlsdorf) Strandmark. He was a graduate of Windom High School and Southwest State University in Marshall. Dale was united in marriage to Patricia Kraus on February 24, 1979 at the Cathedral of the Holy Trinity in New Ulm. After marriage they resided in New Ulm where Dale was employed at 3M for 33 years until his retirement in 2010. Dale enjoyed golfing and loved spending time with his grandchildren.

He was a member of Our Savior’s Lutheran Church, New Ulm Country Club and the Winthrop Country Club.

In lieu of flowers the family prefers donations to the American Cancer Society.