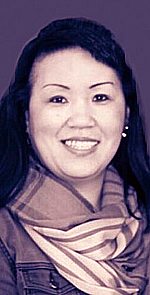 Mass of Christian Burial will be 11 a.m. Wednesday, Aug. 16, at the Cathedral of the Holy Trinity in New Ulm with Father Garrett Ahlers celebrating the Mass. Burial will follow in the New Ulm Catholic Cemetery.

Visitation will be 3 to 7 p.m. Tuesday and 7:30 to 10:30 a.m. Wednesday at the Minnesota Valley Funeral Home NORTH CHAPEL in New Ulm. The Christian Mother’s Society will pray the rosary at 4 p.m. Tuesday at the Cathedral.

To leave an online condolence for her family or to sign the guest book go to www.mvfh.org

Tara is survived by her loving, devoted husband, Patrick; daughters Jasmine and Madelyn, and son Alexander all of Courtland; brother Nathan (Amanda) Anderson of Hutchinson; stepmother Phyllis Anderson of Stillwater; father- and mother-in-law Steven and Mary Jane Portner of New Ulm; grandfather Earl Peterson of Fairfax, and Patrick’s grandmother Grace Fischer of New Ulm. Also surviving are in-laws Elizabeth and Bradley Beranek of Hermantown and Michael and Erica Portner of Byron. In addition, she is survived by many nieces, nephews, aunts, uncles, cousins, and many dear friends.

Tara Soo was born on May 12, 1978 in Seoul, South Korea. She was adopted by James and Penny Anderson of Hector. Tara graduated in 1996 from Buffalo Lake-Hector High School. Tara was united in marriage to Patrick Portner on April 18, 2008 at the Cathedral of the Holy Trinity in New Ulm, after having met playing in a volleyball league. They resided in Courtland while Tara worked at New Ulm Medical Center as a Patient Care Technician in the Emergency Department until the time of her death.

Tara was a devoted wife, mother, and friend. She lived her life to the fullest and dedicated so much of herself to others. Whether it was watching the Minnesota Vikings, taking the kids fishing, or going to the lake with friends, she found joy. Tara’s true passion was found in watching her children’s’ sporting activities and attending Pat’s baseball games. She took pride in capturing wonderful memories of family get-togethers in her photos. Tara put others first in any capacity, including being surrogate for baby Gwen. She was selfless.

Tara was preceded in death by her mother, Penny (Borth) Anderson, and father, James Elmer Anderson.

The family wishes to extend their sincere gratitude to the first responders, the staff at New Ulm Medical Center, staff at Abbott Northwestern Hospital, and Life-Source.

In lieu of flowers the family prefers memorials to the donor’s choice.