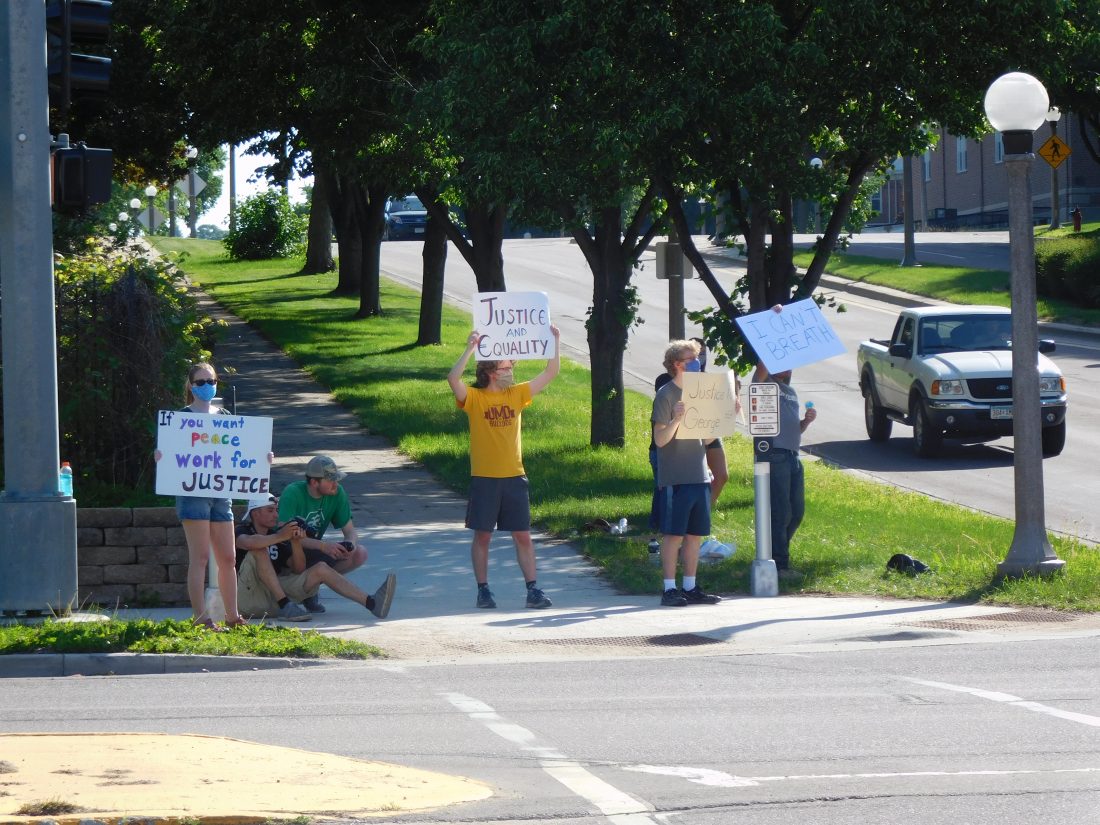 Protestors were back at Center and Broadway Monday afternoon to protest the death of George Floyd.

NEW ULM — Protestors were back at Center and Broadway Monday afternoon to protest the death of George Floyd. Some protestors were here Saturday, and some were new to the protest.

“It has been positive,” Rodrigo Togo-Garcia said. “It has been a lot of honks of positivity.”

He said some people don’t agree with their method of protesting but the response has been overwhelmingly positive.

Togo-Garcia said his main hope was George Floyd would get justice and the four officers involved would be charged.

Fellow protestor Casey McMullen said this protest was not about hating cops. “This isn’t about good cops or bad cops. It is about systemic institutionalized racism that needs to be dismantled.”

The New Ulm Human Rights Commission (HRC) is planning a sign based demonstration. The plan is to place signs against racism throughout the community. The HRC is planning to hold a special meeting Wednesday, June 3, to discuss this issue further.