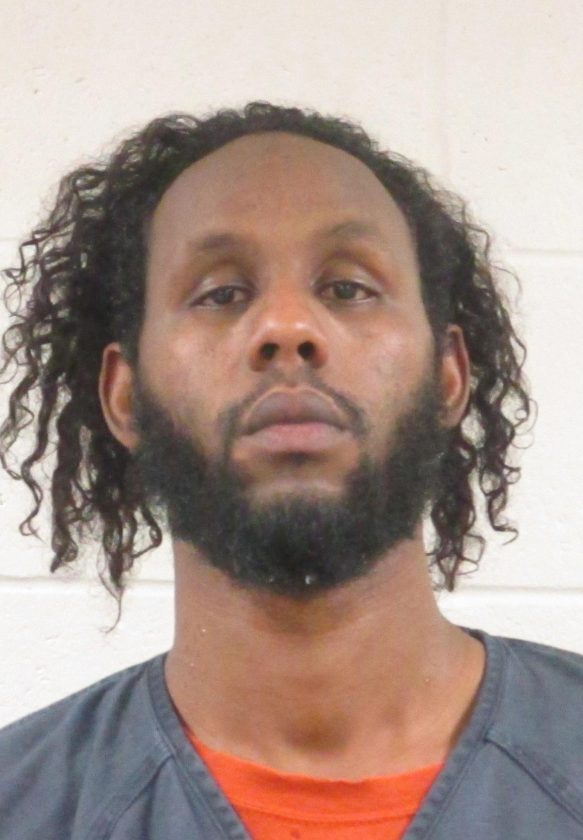 Felony charges filed against Faisal M. Abdullahi Monday include first-degree burglary, second and third-degree burglary and escape from custody. He was in detox on court hold from Mankato Police.

According to court documents, New Ulm Police were dispatched to detox, 510 N. Front St. at 4:36 p.m., Sunday, May 31, for a male client that was trying to escape. The suspect, Abdullahi, fled in a dark blue/black SUV.

A Brown County sheriff’s deputy located a vehicle that matched the description on 7th North Street, near the roundabout and stopped it. Abdullahi was not in the vehicle but the driver and passengers had seen him.

At about 6:13 p.m., New Ulm Police were dispatched to 518 N. Front St. for a man in the residence likely to be Abdullahi. Police arrived a short time later, but did not find Abdullahi.

A woman in the residence said she was in her living room when a man appeared in her kitchen who said “excuse me ma’am,” before she became scared, left the house and called law enforcement.

Police returned to the residence at 6:33 p.m. and were told by a man that he returned to it after hearing about someone being inside and that he was missing a pair of brass knuckles.

Police located Abdullahi near Klassen Plumbing, 7 River St., at 6:30 p.m., arrested him without incident and found a pair of brass knuckles on him.

Police took the brass knuckles and a pair of blue and black pants Abdullahi was wearing and returned to 518 N. Front St. where a witness identified the items as belonging to the man at the residence.

Detox staff later told police that earlier in the day, Abdullah ran through the detox doors as staff was returning a phone to a friend outside.