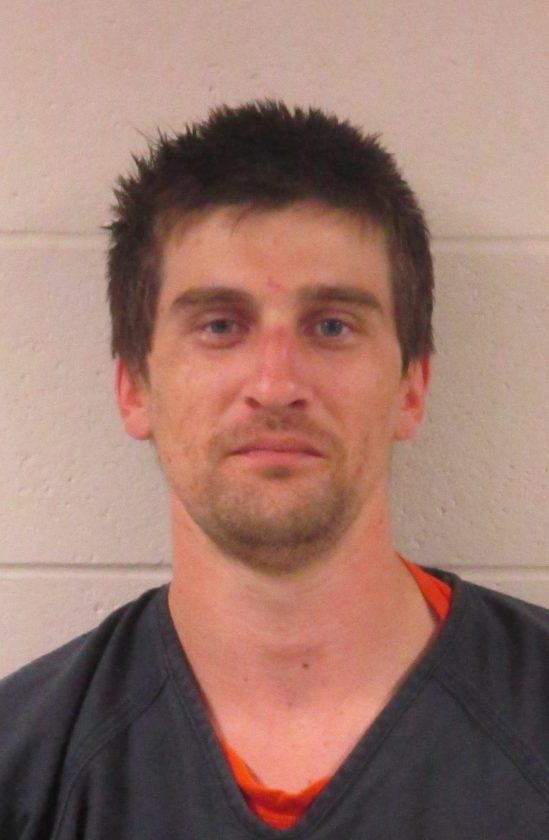 According to court documents, Sleepy Eye Police were called by a witness at 8:53 p.m. May 22. The witness said her ex-boyfriend, the father of her two children, was believed to be intoxicated and refused to leave.

Police went to the Sunrise Manor residents at 500 Remmele St. S.W. and saw Luepke sitting on a chair outside an apartment. Luepke began to get up from the chair. Police told him to stop. Luepke tried to open the apartment door but it was locked.

Luepke kicked the apartment door a couple times and ran in inside. Police heard a woman shout “get him out of the apartment” as they approached the door. Police continued to yell “stop” at Luepke before grabbing him inside.

Luepke flicked a lit cigarette toward a Sleepy Eye Police officer’s face. The cigarette struck the officer’s forearm, leaving a small burn. The officer told Luepke he was under arrest but Luepke resisted.

Police searched Luepke and found a glass pipe with marijuana residue in a small pouch, a plastic baggie with a green, leafy substance that resembled and smelled like marijuana. The substance weighed .7 grams and field tested positive for marijuana.

Luepke continued to resist, kicking a vehicle door and officers. Police warned him to stop resisting or he would be tased. Luepke refused and was tased before he allowed the vehicle door to be closed.