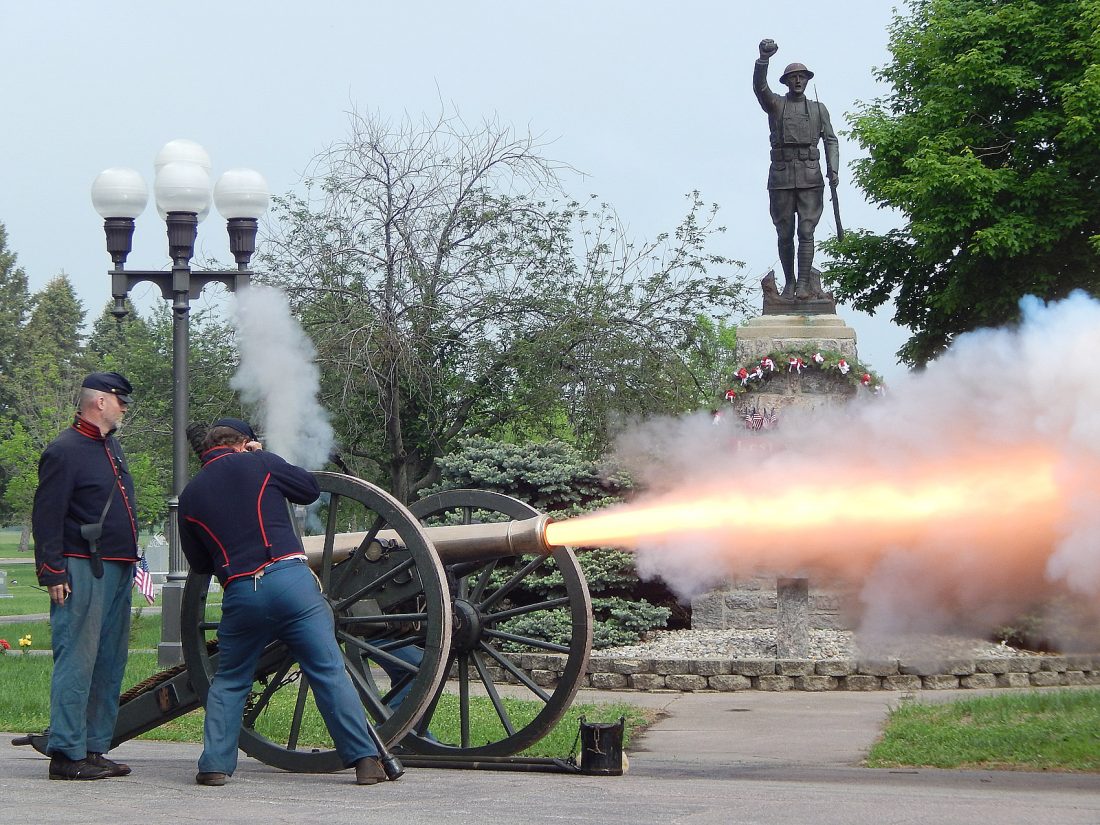 “I watched the flag pass by one day. It fluttered in the freeze. A young Marine saluted it, and then he stood at ease.

“I looked at him in uniform, so young, so tall, so proud. With hair cut square and eyes alert. He’d stand out in any crowd.

“I thought how many men like him had fallen through the years. How many died on foreign soil? How many mothers’ tears?

How many pilots’ planes shot down? How many died at sea? How many foxholes were soldiers’ graves? No, freedom isn’t free.

“I heard the sound of taps one night, when everything was still. I listened to the bugler play and felt a sudden chill.

“I wondered just how many times that taps had meant ‘Amen’ when a flag had draped a coffin of a brother or a friend.

“I thought of all the children of the mothers and the wives, of fathers, sons and husbands with interrupted lives.

“I thought about a graveyard at the bottom of the sea. Of unmarked graves at Arlington. No Freedom isn’t free!”

Petersen said we not only recognize the service of veterans and active military personnel but also their commitment and courage, devotion to duty and submission to sacrifice.

“We must honor and remember these American heroes each day we are afforded the opportunity to experience freedom,” Petersen said. “… we must ensure the purpose for which they fought will never be taken for granted and never be forgotten.”

The son of Mark and Julie Petersen, Petersen plans to study at Gustavus Adolphus College this fall, majoring in secondary mathematics education and athletic training. He attended Legion Boys State in 2019.

Maggie Fliszar, a 2020 Cathedral High School graduate, read the Gettysburg Address. Her sister is serving in the U.S. Coast Guard. Maggie attended Legion Auxiliary Girls State in 2019. She plans to attend the University of Minnesota, major in political science and become a state representative.

Former New Ulm American Legion Post 132 Commander Wil Burdorf was master of ceremonies. He retired from the U.S. military in 1994 as a Chief Master Sergeant. Wil worked at Kraft Foods in New Ulm for 25 1/2 years and is active in many civic organizations in the New Ulm area.

Due to COVID-19 pandemic concerns, the observance was not a public event and there was no traditional Memorial Day parade.