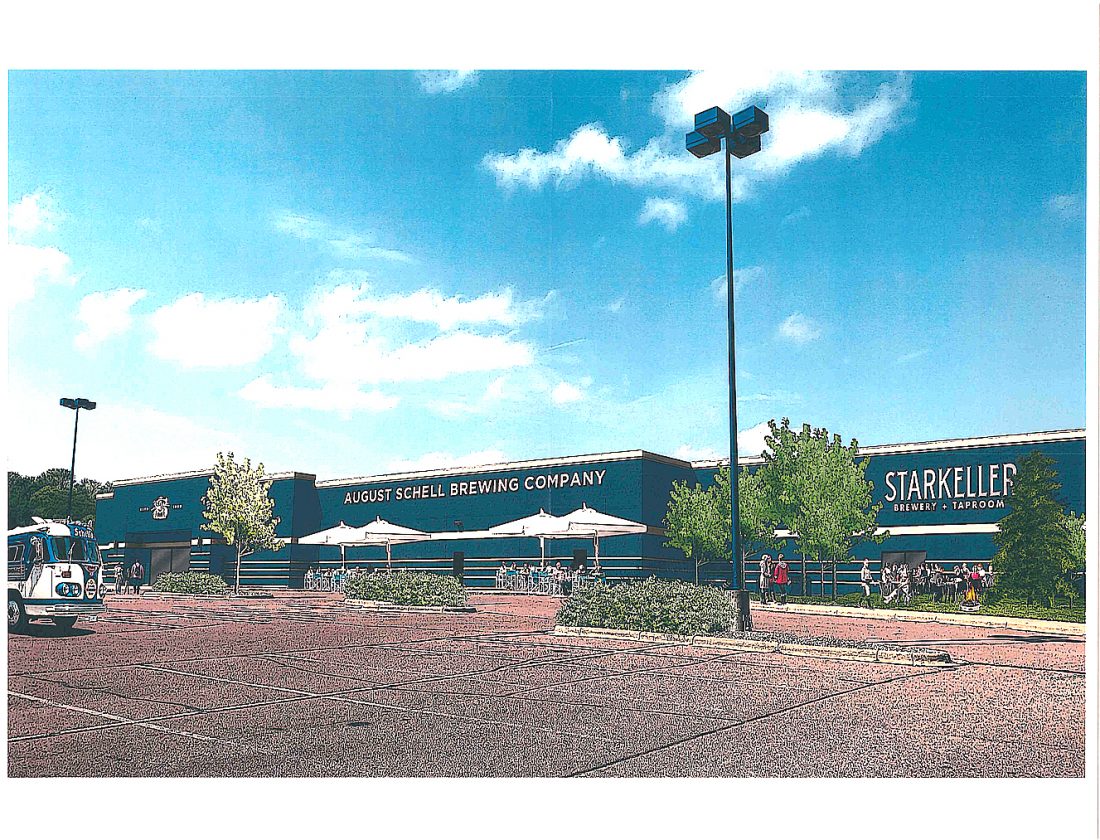 An artistic rendering of how the former Target building could be remodeled as an August Schell Brewing Company property.

Schell’s president Ted Marti submitted a letter to the city regarding the brewing company’s proposal.

In the letter, Marti said Schell’s is looking to expand. The brewery has occupied the same ground since 1860. He said the location worked in 1860 but has limitations in 2020. The 53-foot semis don’t turn as tight as a horse-drawn beer wagon and packaging space has expanded. With the steady growth of business, more space is needed.

Marti said ideally, space would be on the grounds of the brewery, but there is no additional space. For almost 40 years the company leased facilities outside warehouses to store and ship products. On the west end of town, the Starkeller operation was added along with storage space. Traffic to this location is another concern.

The Target building and land offer the best option for achieving the needed space to grow and is close to the brewery.

The acquisition of the Target building would require rezoning the property. Schell’s plans for the building require more loading docks, the removal of the existing floor and replacement with a concrete floor, removing the existing ceiling to allow for added vertical space and the addition of a large overhead door for the local route truck and trailer.

Marti said the plan would also relocate the Starkeller operation to the Target facility. Some of the property’s green space on the southeast corner would serve as a beer garden. The building would also house the marketing department. The parking lot also offers space for future events.

The letter also said they might use the space for fermentation tanks as space has been maximized at the brewery.

Any land decision would need to follow the normal protocol and approval, which includes going through Planning and Zoning. The issue is coming before the City Council on Tuesday for a preliminary discussion.