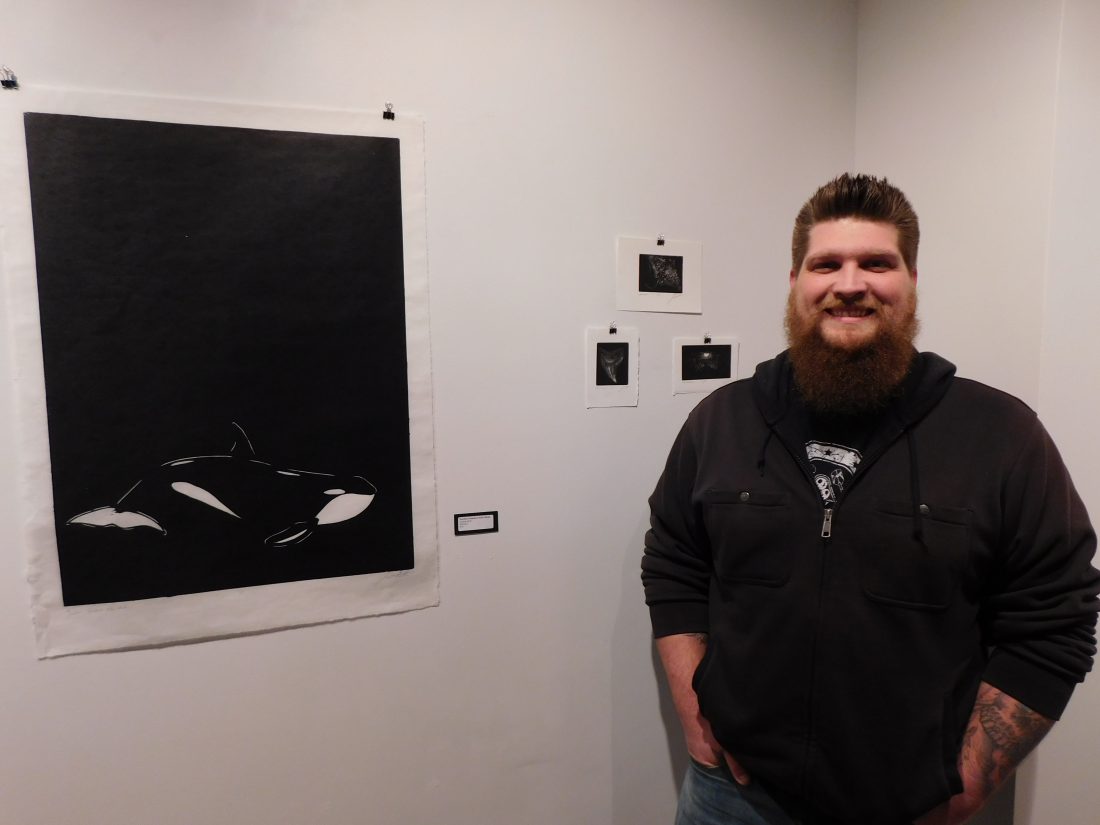 Staff photo by Clay Schuldt Josh Guth stands next to a few of his works. His primary medium is woodcut prints and his focus is marine life.

The title of the exhibit means land and sea. The subject of Guth and Huttner’s work is conservation and the ecosystem. Guth said his work reflects his youth growing up in Texas. Guth said most of his weekends were spent on South Padre Island. Much of his work involves aquatic imagery.

Huttner focused on land-based scenes. Her work reflects the abundance of pollinating animals from bees to bats.

Hunter was unable to attend the gallery opening due to illness, but Guth was able to represent the printmaking work.

He said one of the strengths of printmaking is artwork can get out to a multitude of audiences. The medium of printmaking allows an artist to make many copies of the same work. Before digital printing, lithographs were the method of creating new work.

Guth said he was drawn toward woodcut printing making because he already had an appreciation for woodworking. The only downside to woodcut printmaking is, it not possible to erase a mistake when cutting a woodblock.

He said a graphic design friend tried to make a woodcut and made a mistake and wanted to know how to undo it. Guth said “There is no “command z” in woodcut printing.”

“Terra Marique” is the first many printmaking exhibits to come at the 4 Pillars Gallery. The Grand has printmaking equipment in the basement and is committing to hosting printmakers exhibits every year.

Terra Marique is open to the public until Friday, Feb. 21.