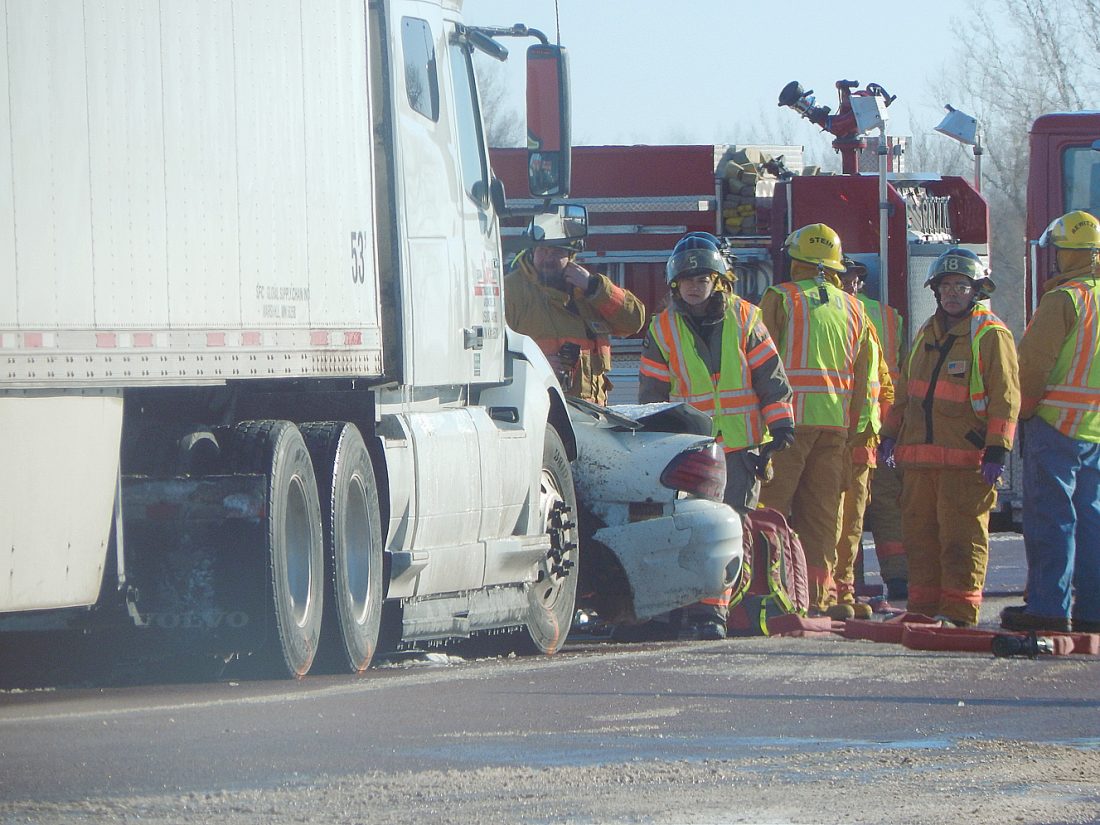 Staff photo by Fritz Busch Members of the Courtland Fire Department tend to a crash involving a semi tractor trailer and car near the intersection o f U.S. Highway 14 and 20th South Street (Nicollet County Road 37) on Monday afternoon. A 45-year old New Ulm woman died in the accident, one of two victims in two different fatal crashes on Monday.

Both accidents were car vs. semi crashes.

The first occurred on Highway 111 in Granby Township, Nicollet County, at 11:21 a.m.

A 17-year-old St. Peter girl was driving a 2000 Buick Regal southbound on 111. She collided with a northbound Volvo tractor trailer driven by John Eugene Mangan, 62, of Detroit Lakes, and died at the scene.

Authorities are withholding her name pending notification of relatives.

Mangan was not injured in the crash.

Two hours later, another Volvo semi, driven by a 44-year-old Roseville man, Daniel John Brunberg, was eastbound on Highway 14. A 45-year-old New Ulm woman, identified Monday night as Naomi Sue Peterson, was northbound on Nicollet County Road 37 in a 2004 Pontiac Grand Am. The vehicles collided in the intersection, and Peterson died at the scene. Brunberg was not injured.

Authorities closed the highway all afternoon and into the evening as they investigated the crash scene.

The Minnesota State Patrol, Nicollet County Sheriff’s Office, and Nicollet Fire Department, with assistance from the Courtland Fire Department and MnDOT responded to the Highway 111 crash.