Wind, cold made it a bitter weekend 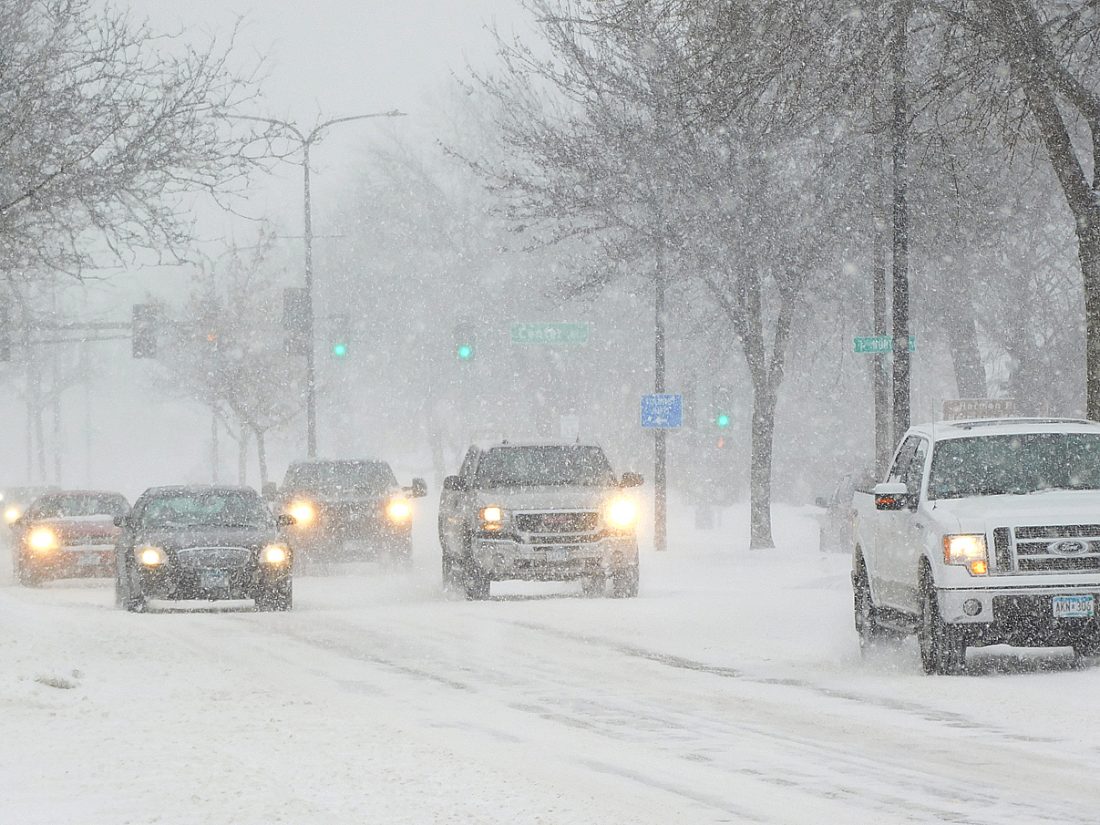 Staff photo by Clay Schuldt Friday’s snow made it tough for motorists on Broadway.

ST. PAUL — A snow storm forecast to be the most severe blizzard of the year so far by some weather experts, dumped five to six inches of snow in much of the region Friday and early Saturday.

The pending storm caused many school districts in the region to make the call Thursday night to close school Friday.

New Ulm had 4.5 inches of snow on Friday, and another 1.25 inches by Sunday night, according to weather observer Victor Roepke.

Statewide, the North Shore of Lake Superior got the most snow, according to weather spotters who relayed snow totals to the National Weather Service (NWS) as of 5:50 p.m. Saturday.

Snowfall was measured at 6.2 inches at Redwood Falls. Six inches was recorded at Mankato and St. James; 5.5 inches at Marshall. Five inches were reported at New Ulm and Springfield. St. Peter got 4.5 inches. Hutchinson and Glencoe reported 4.3 inches.

Following the snow, high winds on Saturday caused white-out conditions and blizzard warnings in open areas, particularly in western Minnesota and parts of southern Minnesota. Travel was difficult and not advised in some areas Saturday.

Wind gusts of 45 to 55 mph were reported in southwest, south central and west central Minnesota Saturday and Sunday.

Temperatures fell into the single digits above and below zero, causing very cold wind chills, as low as 30 below zero, and icy road conditions Saturday.

The Minnesota Department of Transportation (MnDOT) reported travel may become nearly impossible, was not advised and restricted to emergencies only in much of Minnesota.