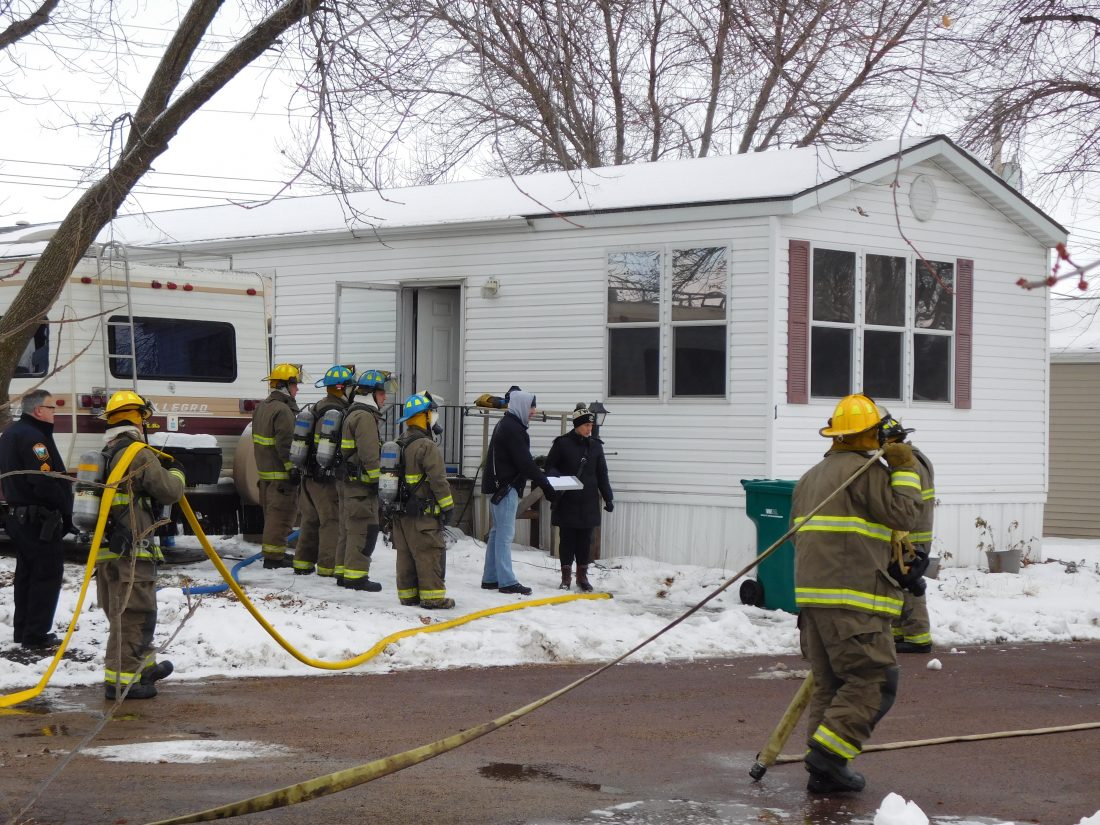 Staff photo by Clay Schuldt Firefighters check over the site of a recent fire in New Ulm’s Mobile Village. The New Ulm Fire Department extinguished the fire shortly after arriving on scene.

No injuries were reported as a result of the fire. The cause of the fire is unknown at this time.

The fire began in the living room of a trailer located on the edge of the Mobile Village. The owners of the trailer were not at home when the fire began. A pet cat was rescued from the trailer. Neighbors agreed to watch the animal until the owners return.

Visser said the cause of the fire is unknown, but it resulted in extensive fire damage to the living room and extensive smoke damage to rest of the trailer.