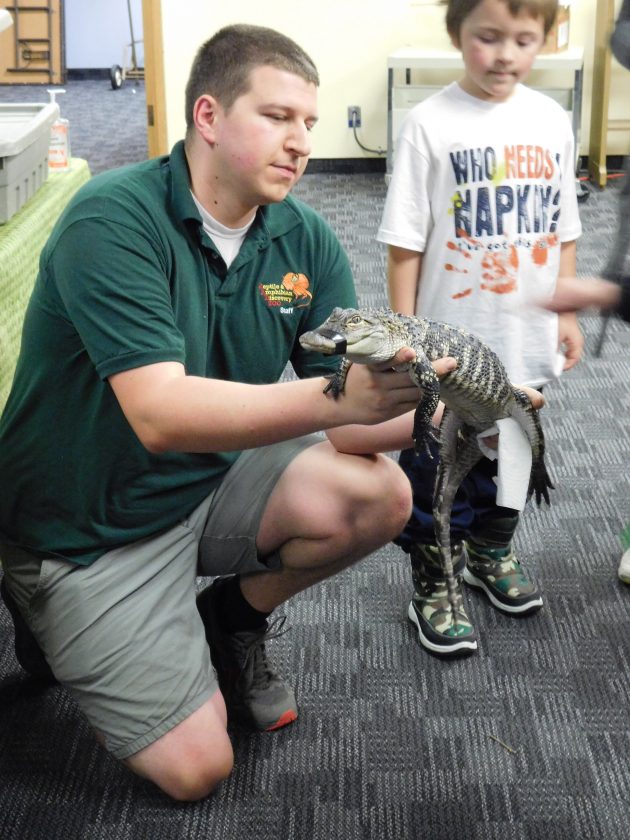 Staff photo by Clay Schuldt Squirt the Alligator was the last animal shown at the Reptile and Amphibian Discovery (RAD) Zoo exhibit at the New Ulm Public Library Saturday. Brave kids lined up to pet his back after the show.

Nearly 140 people, mostly children, attended the Reptile and Amphibian Discovery (RAD) Zoo exhibit in the library. Kids and their parents were able to see a wide variety of unique creatures.

RAD Zoo worker Leighton Boraas began the event by talking about the differences between reptiles and amphibians.

He said amphibians usually go through a metamorphosis as they grow. As an example, the frog starts life as a tadpole. Also, the skin of an amphibian needs to stay wet to better absorb oxygen. Reptiles are more likely to keep dry skin.

For the young children in the audience, Boraas said reptiles usually have dry skin while the amphibians are “slimy.”

Most of the animals at the event were not native to Minnesota, including the Vietnamese gliding tree trog and bearded dragons. The two biggest highlights were the albino Burmese python and a young alligator. Both reptiles caused the youth and some adults to gasp.

Boraas draped the python over his shoulders because it was too large hold with only his hands. Asked if people ever keep pythons as pets, Boraas said some people do because pythons don’t usually attack people. Even though a python can unhinge its jaw to eat larger prey, a human is still too large for most constricting snakes to eat.

The alligator was much smaller. He was only two feet long and was named “Squirt.” Boraas said the alligator would grow to be much larger. Reptiles have a relatively long life expectancy. Boraas cited an alligator in captivity that lived to be 73 years old.

RAD Zoo receives most of its animals through donations. Boraas said a larger alligator in the zoo was found in a holding pond near Mall of America. Since alligators are not native to Minnesota, it is believed someone abandoned a pet in the pond.

At the end of the show, kids and their parents were invited up to pet the alligator’s back. His mouth was taped shut to prevent any injuries, but Squirt did not seem to mind the extra attention.

The RAD Zoo is located in Owatonna and is home to more than 150 animals. Boraas said the zoo and special satellite visit prove popular.

“You don’t get to see these animals out in daily life often,” he said. 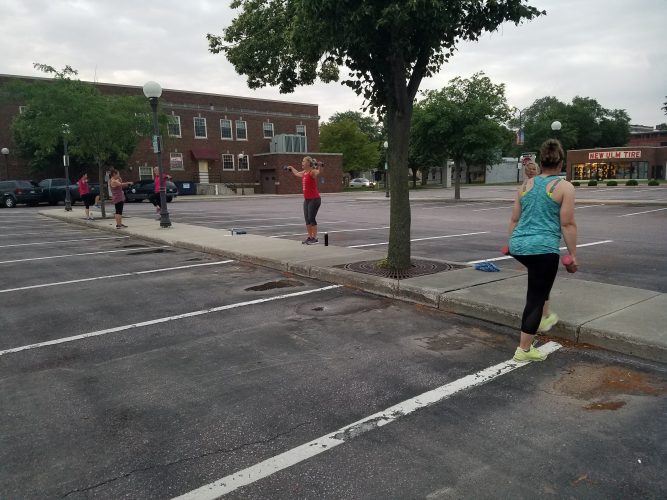 Lawsuit based on maximizing profit