NEW ULM — A University of Oklahoma history professor and author of many books on the fate of Native American populations said he couldn’t write his latest book until more recent years.

“I couldn’t write ‘Massacre in Minnesota’ in the 1980s and 1990s. Then I took on the idiots bound and determined to show it (Dakota War of 1862 and aftermath) wasn’t genocide,” said Gary Clayton Anderson at the Brown County Historial Society Annual Meeting at the Best Western Conference Center Thursday.

Anderson said the U.S. government forced 130,000 Indians to move west after the war.

Anderson said the Indians were promised $540,000 for giving up their Southern Minnesota property but received only about $50,000.

Anderson said 635 people died (including 52 in Milford Township), mostly women and children in two days in August 1862. It was a white massacre,” Anderson said. “I documented virtually every person. It gets hard to read. Kids were tomahawked in the head. Those that survived ran away in their night clothes.”

Finding “flight and fright” letters written during the uprising, Anderson said many people including a number of single women with no place left to go, left their cows and chickens behind during Indian attacks and settled in St. Paul boarding houses.

Anderson said the public execution of 38 Dakota Indians at Mankato, the largest mass execution in U.S. history, followed very brief murder trials in which the Indians did not realize what was happening.

Gen. Sibley wanted to hang more than 300 Indians at once but couldn’t find enough rope, Anderson said. Then president Abraham Lincoln stepped in and greatly reduced the number of Indians to be hanged for allegedly being involved in the war.

Anderson said a number of Indian women were sold to become wives and later abandoned.

He sent 300 letters written in Dakota to be translated at a Sisseton, S.D., Indian College.

“I hope they get translated,” Anderson said. “My wife is a linguist and interpreted some letters. Many of them were between family members asking how to get relatives out of prison.

Earlier in the evening, Brown County Historical Society Executive Director Kathleen Backer said 2020 plans include Mushroom Mania in which participants will hunt for edible mushrooms and talk about past hunts.

“I think there are stories to be told and history to be had,” Backer said. “Thanks to everyone who supports the BCHS.” 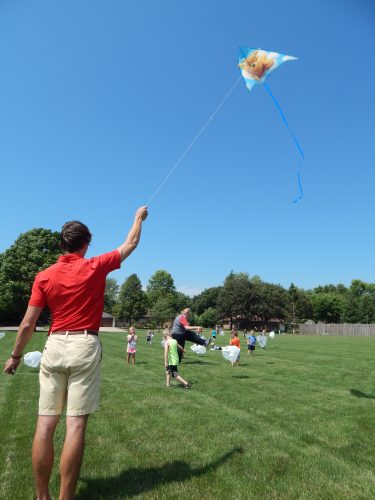 NEW ULM — The United Way of the Brown County Area, in partnership with United Commercial Upholstery, have ...