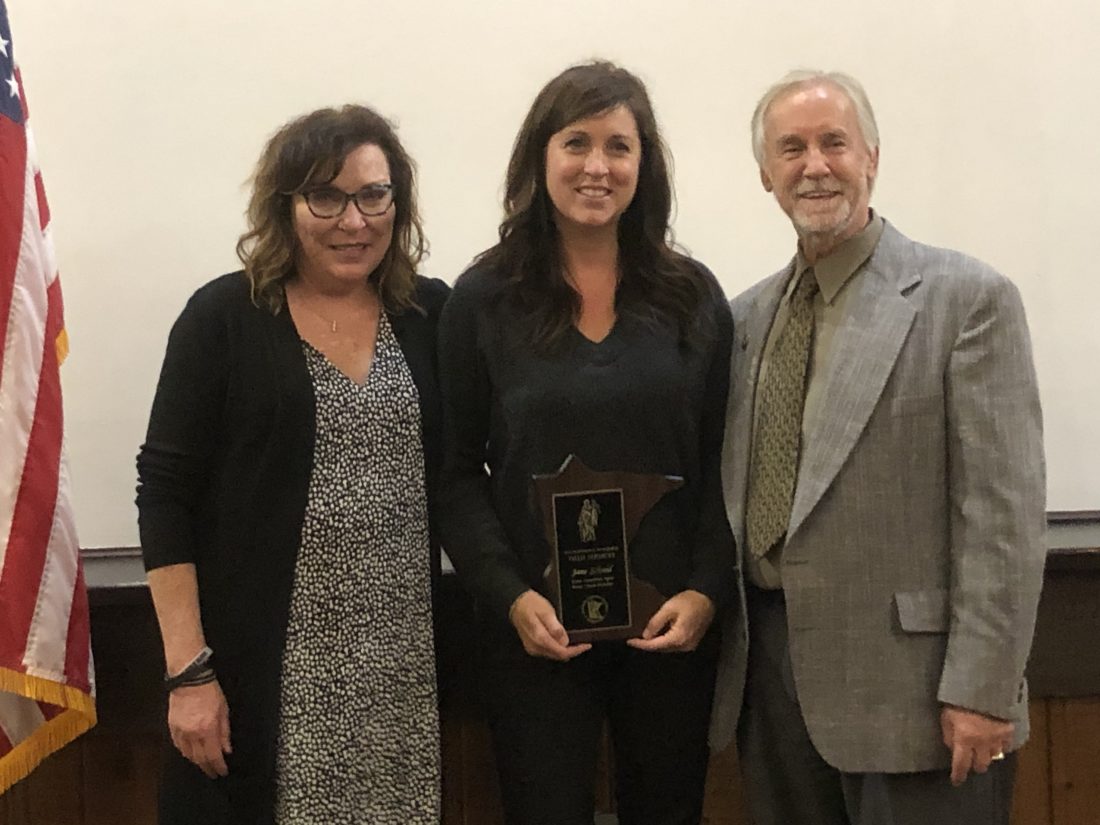 NEW ULM — Brown County commissioners accepted a recommendation to end the Teen Court Program at the end of 2019.

Probation Director Les Schultz said it was kind of a sad day. Brown County’s Teen Court program has been running since 1998 and is one of the longest-running Teen Court programs in Minnesota, but the county could no longer justify funding the program.

The program serves adolescents who have committed their first crime. This is usually shoplifting, underage consumption of alcohol or disorderly conduct. The juveniles would be judged by a jury of their peers, fellow Brown County students. Over the past 21 years, more than 1,100 Brown County students were trained to be Teen Court jurors, hear real cases and come up with fair, appropriate sentences.

“We used to have over 100 kids who run through the program,” Schultz said, “But what we’ve seen in the last six years, is a serious decline in juvenile crime.”

At its peak, Teen Court had 109 juveniles go through the program, but this year only saw 13 juvenile offenders.

Schultz said it was a good problem to have because it means juvenile crime is dropping, but it means the program was no longer needed.

Schultz said Brown County is required to have a first-time offender program. Brown County will switch to a diversionary program. It will be similar to Teen Court, but will not have the official court process.

Commissioner David Borchert applauded the work of Teen Court. He saw firsthand its effectiveness and said some Teen Court jurors have gone on to careers in criminal justice.

Commissioner Scott Windschitl said there was a lot of unmeasurable value in the program for the kids who learned to be jurors and even taught empathy for their peers.

Schultz said if the number of juvenile offenders was to increase, they could bring the Teen Court program back.

Probation and truancy officer Andy Braulick was hired in October to work on truancy cases. Braulick said the program will focus on pre-truancy to correct problems. The schools have been open to him working on this program.

A grant was written and received from the Office of Justice Programs to start this program.

Schultz said Brown County already has a high graduation rate, but he believes this will raise it even higher.

Brown County career probation officer Jane Schmid’s received the 2019 Minnesota Corrections Association (MCA) Outstanding Performance Award. The award is given to those who have demonstrated achievement over time.

Schmid was nominated for the status as Minnesota corrections agent chairperson since 2015, coordinating the first annual Juvenile Justice Conference in January 2019, as a youth risk assessment instructor and for coordinating Brown County Juvenile Specialty Court for high-risk offenders.

The commissioners approved an agreement with Springfield Area Community Center to rent space for the women, infants and children’s clinic on the second Tuesday of each month. The rent charge is $100 per month and it is a one-year agreement starting in November.