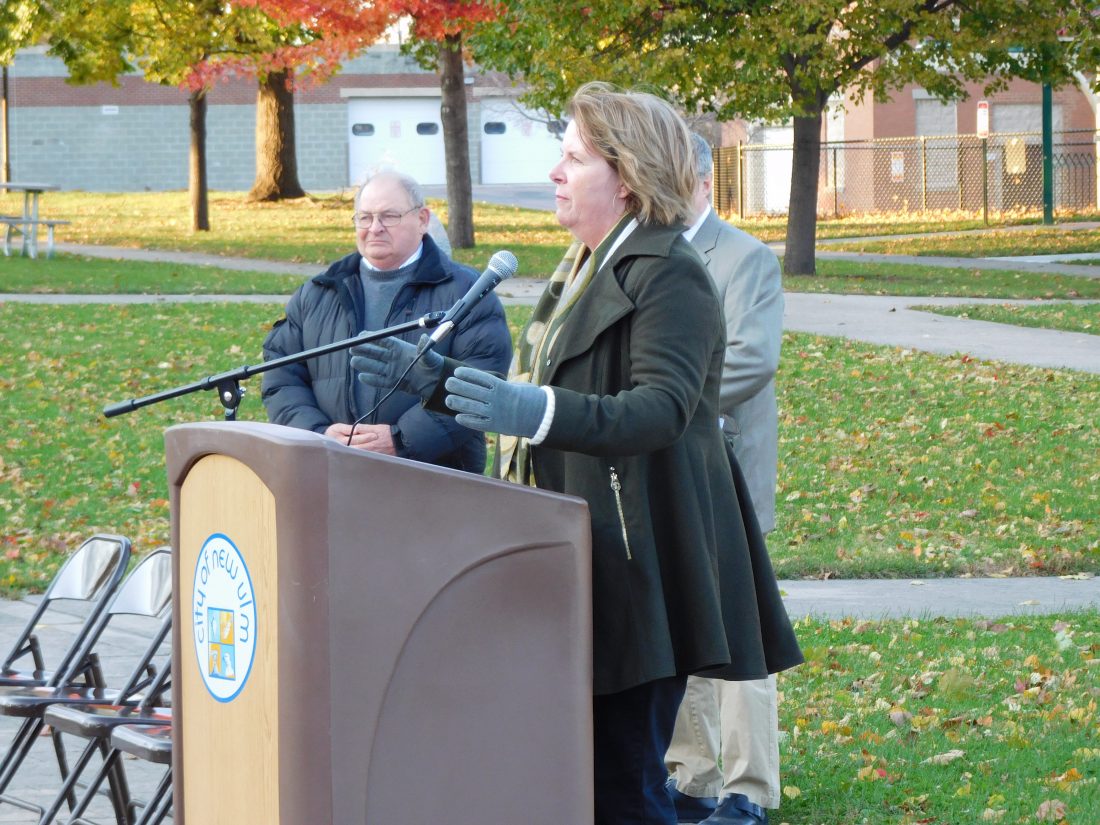 Staff photo by Clay Schuldt Members of the Minnesota Senate Bonding Committee met with representatives of New Ulm organizations in German Park regarding the amphitheater upgrades. New Ulm is seeking bonding money to help cover the costs of the $1.2 million improvements. Pictured, from left, Sen. Gary Dahms and Community And Seniors Together (CAST) Director Kathy Austinson.

New Ulm has been trying to get $300,000 from the state through a bonding bill for several years, but this is the first visit from a state delegation.

Members of several New Ulm organizations spoke in support of the amphitheater project.

Bill Pekrul from Martin Luther College said the outdoor theater space would be a benefit for the 750 college students in town. He said with an upgrade the college could restart Shakespeare in the Park performances.

New Ulm Area Chamber of Commerce President Michael Looft said the city is working to fill vacant storefronts in the downtown area and a viable park system could attract new businesses and companies seeking to relocate.

Ann Makepeace from the Grand Center of Arts and Culture said with an updated amphitheater, the Grand could partner with German Park to hold expanded musical venues.

Community And Seniors Together (CAST) Director Kathy Austinson said she represented the 1,000 seniors who chose to retire in New Um who support the amphitheater. The seniors want to see the amphitheater improved to allow everyone access. An upgraded amphitheater would help keep seniors an active part of the community.

Park and Recreation Director Tom Schmitz said the amphitheater project would cost a little over $1.2 million. The city has received approximately $815,000 for the project. An additional $300,000 from the state would bring the project within $150,000.