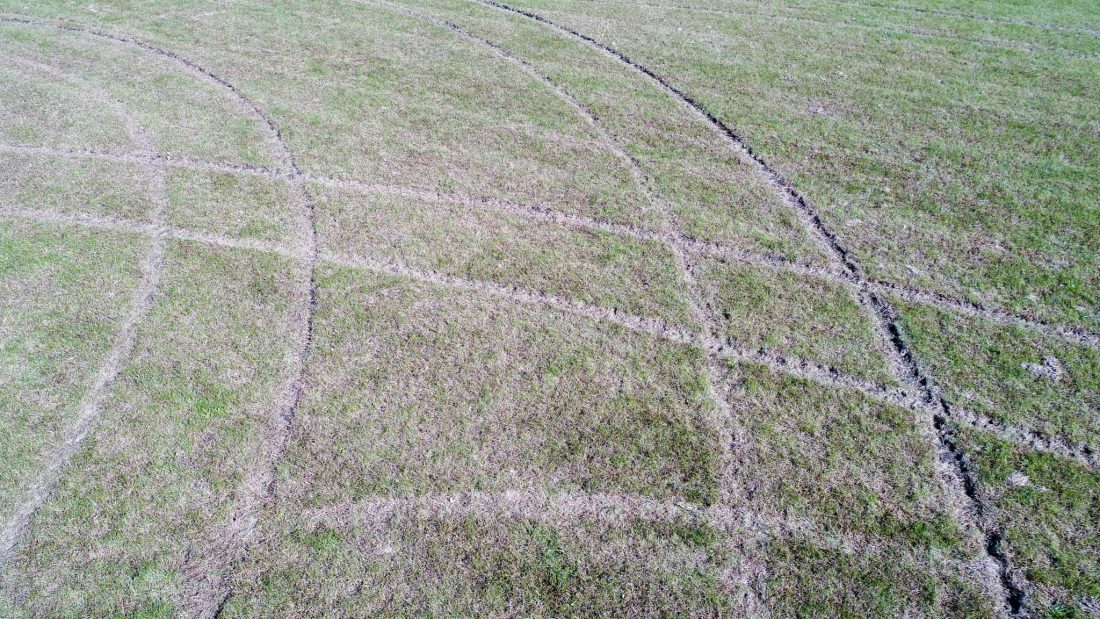 NEW ULM — For the third time in seven months, the field used by the New Ulm United Soccer Club has been vandalized. The recent damage is the worst, and repairs are estimated at $4,000 to $8,000.

The field, adjacent to the artwall in Mueller Park, has been adopted by the New Ulm United Soccer Club, and volunteers have put in many hours mowing, painting and preparing the field for 13-18-year-old soccer teams.

Vandals used their cars to tear up the speciality sports turf and create ruts in the playing surface, which creates a safety issue for players. The field had been used extensively this spring and summer due to the wet conditions of other fields in town.

The field, which is owned by the City of New Ulm, has been a frequent site of vandalism and was sidelined by the city for that reason until the soccer club took over the maintenance. Actions to repair the field will begin, but because of the time of year and growing season, the process to restore the field to playing condition will take time and money that was not budgeted.

If anyone has information about who may have caused this damage, they can call the New Ulm Police Department. Donations for the repairs and subsequent security measures can be sent to the New Ulm United Soccer Club, PO BOX 273, New Ulm, MN 56073.

Photos of the damage can be accessed at the https://adobe.ly/2MdPUuO and are provided by Foresee Studios to the club.