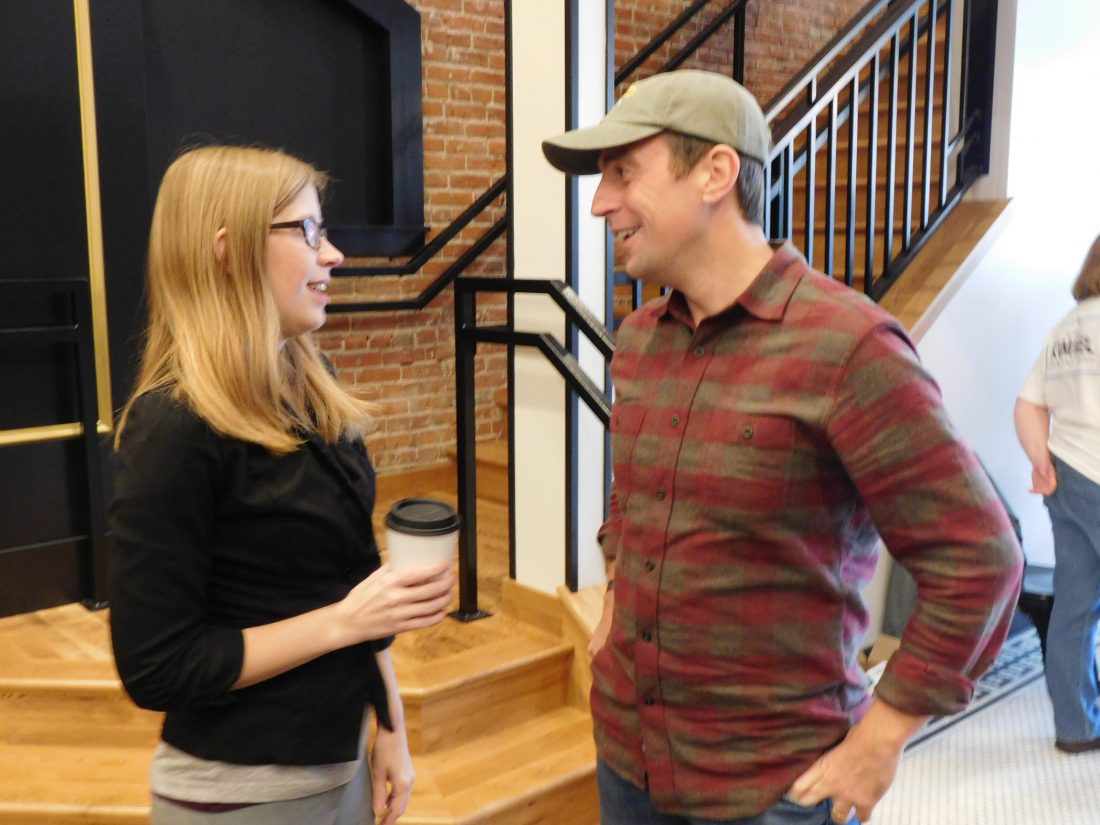 SLEEPY EYE — Mindy Kimmel launched her campaign for Minnesota House District 16B with an event at the Sleepy Eye Coffee Company, Sunday.

This will be Kimmel’s second run for state office. She ran against incumbent Paul Torkelson (R-Hanska) during the 2018 election and received 36% of the vote to Torkelson’s 63%.

Kimmel was joined by supporters and fellow candidates. First Minnesota District congressional candidate Dan Feehan also attended the event to kick off Kimmel’s 2020 election and gave a short speech in support of her candidacy.

Feehan paraphrased a Theodore Roosevelt quote to describe Kimmel. “It is not the critic who counts, the credit belongs to the one who gets in the arena,” he said. “The one whose face is marred by dust and sweat and blood; who strives valiantly.”

Feehan said Kimmel’s willingness to step up and run for office again says a lot about her character.

Kimmel decided to run again because “when you know you can make a difference and once you realize how bad it can get, you can’t look back.”

Kimmel is a New Ulm native and the sixth generation in her family to live in Brown County. She said the reason her campaign launch was being held at Sleepy Eye Coffee Company was because she saw the new business as a symbol of hope.

“Del Monte is closing, but there is hope,” she said. “People want to see Sleepy Eye thrive and [Sleepy Eye Coffee Company] is an example of hope.”

In the upcoming election, Kimmel believes rural economic issues will be top issues. Connected to that is the continued problem with finding affordable insurance, daycare, rural broadband and transportation.

Kimmel said the Highway 14 expansion was a longtime campaign promise of Torkelson’s, but he has not finished it and voted against funding options.

Kimmel also said the environment was equally important and an issue in which everyone had a stake.

“There was a time in my childhood we were advised to stay out of the Minnesota River,” she said. Eventually, the Minnesota became less polluted through local efforts, but Kimmel said these types of collective actions need to happen again.

Kimmel said her campaign will begin door knocking in spring, but in the winter plans to meet with local stakeholders to discuss the needs of the district and hold common-ground meet-ups.

“I have a sense of what is important, but I want to hear it from the constituents,” she said.

Feehan said his campaign will travel to all 21 counties in the First District. He is running against first-term Republican Jim Hagedorn.