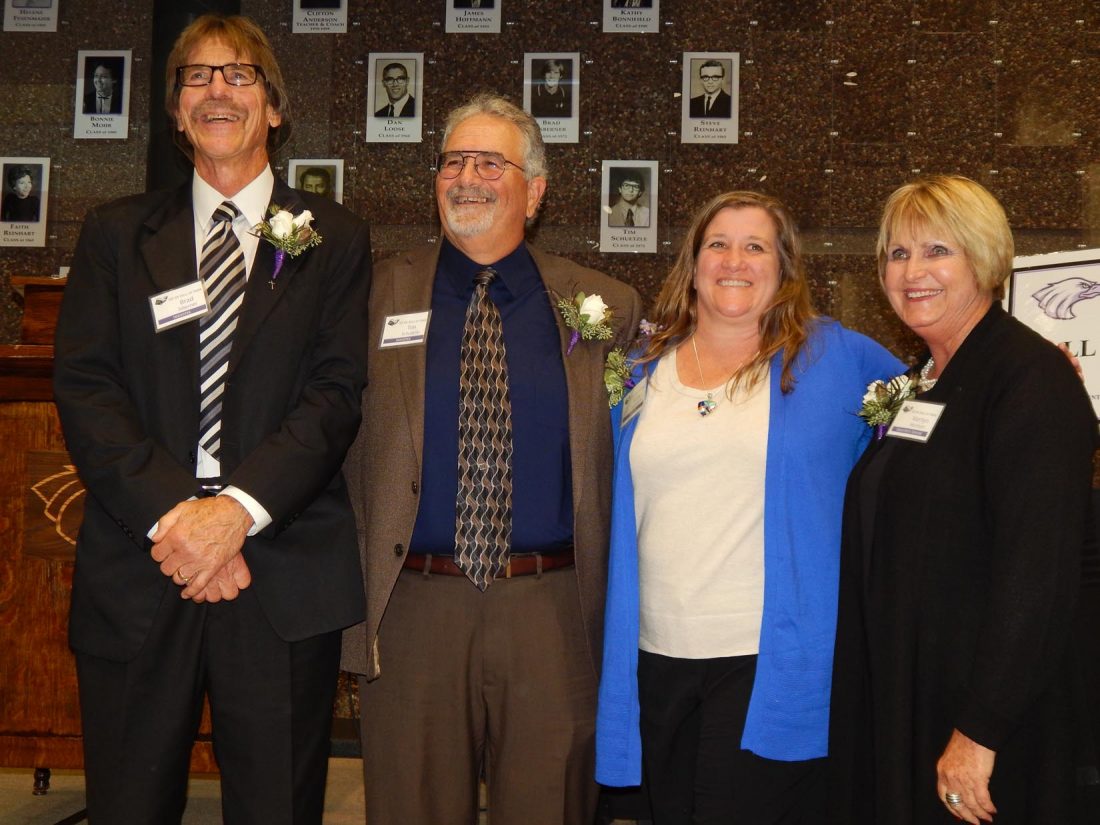 Bonnifield served in the Peace Corps, worked at the McKnight Foundation, the Center for Victims of Torture, Citizens for Election Integrity Minnesota and the Piper Fund.

Promoting democracy including civil and human rights has become her life’s work. She continues to support areas where social injustice is found.

A retired St. Cloud State University professor, Isberner continues to mentor instructors that have followed in his footsteps there. He has help ministerial positions in churches in St. Cloud and Melbourne Beach, Fl.

Isberner thanked a number of his former NUHS teachers and mentors for bringing him closer to the good Lord. I

If we don’t believe in Him, nothing much else matters,” Isberner said.

Steven Reinhart was cited for his willingness to help others. He joined the Minnesota National Guard and served in Vietnam before returning to New Ulm to become an advertising business owner and tireless promoter of New Ulm.

He was a Secret Santa for many years in New Ulm and did volunteer work with is family for the New Ulm Chamber of Commerce and District 88 schools. Reinhart died of cancer in 2002.

“My dad taught us how to make cold calls for New Ulm school referendums. He taught us as kids to never give up, just keep trying and trying. He was a huge supporter of New Ulm Public Schools,” said his daughter Shannon Gronholz.

Tim Schuetzle taught science in Danube before becoming a North Dakota prison warden and prisons division director. He was named Warden of the Year in 1997-1998 and cited for helping create one of the lowest recidivism rates in the country.

Schuetzle was honored for creating a safer prison environment by helping address underlying issues that caused inmates to go to prison in the first place. He later taught criminal justice and became an associate professor at the University of Mary in Bismark, N.D.

“I taught the belief that prisoners are salvageable,” Schuetzle said. “We just had to figure out what they needed help with. Most prisoners were addicted to drugs, had alcohol problems and/or didn’t have a high school education.”