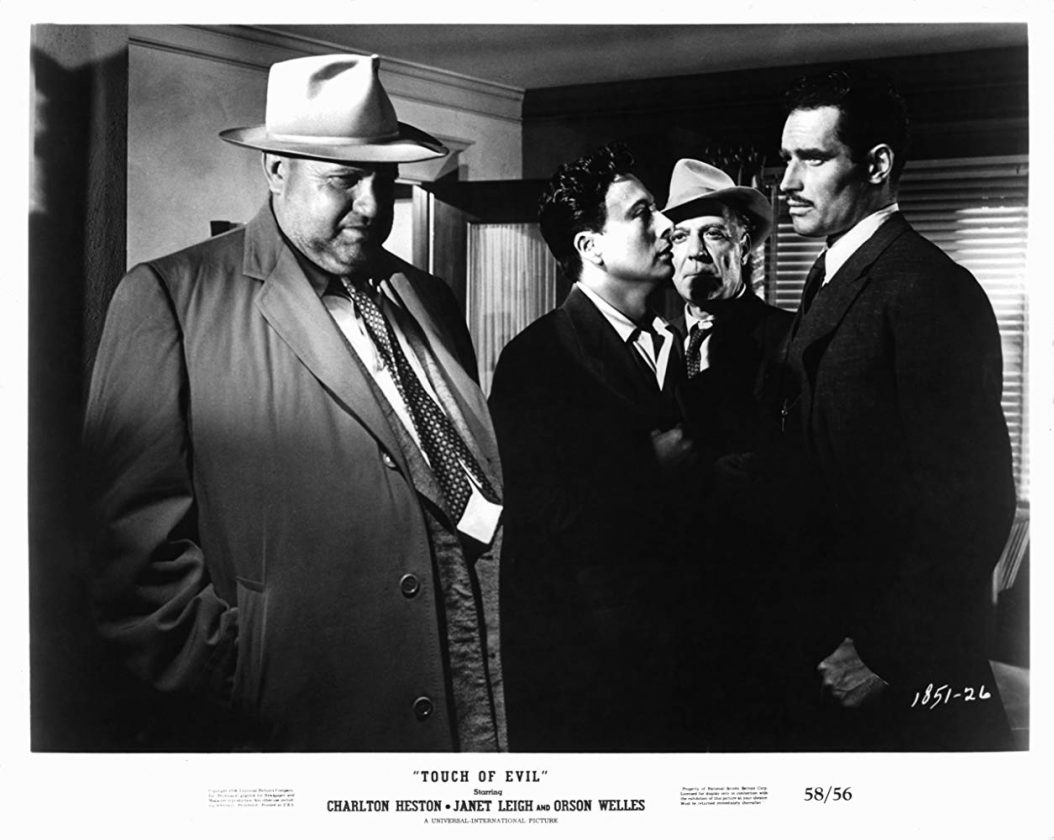 NEW ULM — The New Ulm Film Society continues its noir film series, Tuesday with a film about police corruption on the Mexican-American border.

Though the topic might seem modern, the film is the 1958 noir classic “Touch of Evil.”

“Touch of Evil” was released at the end of the golden age of film noirs. Critics often cite the film as the last classic film noir.

The story becomes complicated when Vargas catches Quinlan planting evidence to convict a suspect for the bombing. Vargas soon begins investigating Quinlan’s previous cases to determine if the captain has a history creating evidence to get convictions.

The film features all the standard genre tropes, including the crime elements, expressive lighting and stylized camera movement.

The film is especially praised for the camera work.

“Touch of Evil” opens with a three-minute tracking shot starting with a bomb being placed on a car before the vehicle drives through a seedy border town. At a border checkpoint, Vargas and his new wife Susan are introduced as the doomed car pulls into the checkpoint. The camera lingers on Vargas and Susan as the car drives out of frame. Vargas and Susan exchange intimacies and the car explodes off the screen.

Film Critic Roger Ebert suggested the camera work serves to show the complex interpersonal connections of the characters by trapping them in the same shot.

“Touch of Evil” is also a film about crossing lines, whether it is borders or cultural lines. As characters cross the physical border between Mexico and the United States, other characters cross ethical lines. Quinlan was once a good cop, who crosses legal lines to get a conviction.

Perhaps the greatest transgression was a story about a corrupt American cop being investigated by an honest Mexican officer. This was an inversion of typical crime dramas of the era.

Film noir was a transgressive genre. “Touch of Evil” and other film noirs were willing to explore the darker side of human nature. This ran counter to many of the other popular films of the 1950s. American audiences and critics were not always willing to accept these types of films, which may have hurt “Touch of Evil.”

The film was not considered a success upon its first release. It received no awards recognition in America, despite the involvement of famed actor and director Orson Welles.

The film fared better in Europe. “Touch of Evil” would be Welles’ last American directed film. He became tired of studio meddling. After he finished shooting and editing “Touch of Evil” the studio recut and added different scenes without his permission. A version closer to Welles’ original vision was released in 1998.

Some critics believe “Touch of Evil” is semi-autobiographical, drawing parallels between the Quinlan character and Welles career.

The screening begins at 6 p.m. in the New Ulm Public Library basement. The New Ulm Film Society will facilitate discussion before and after the film.