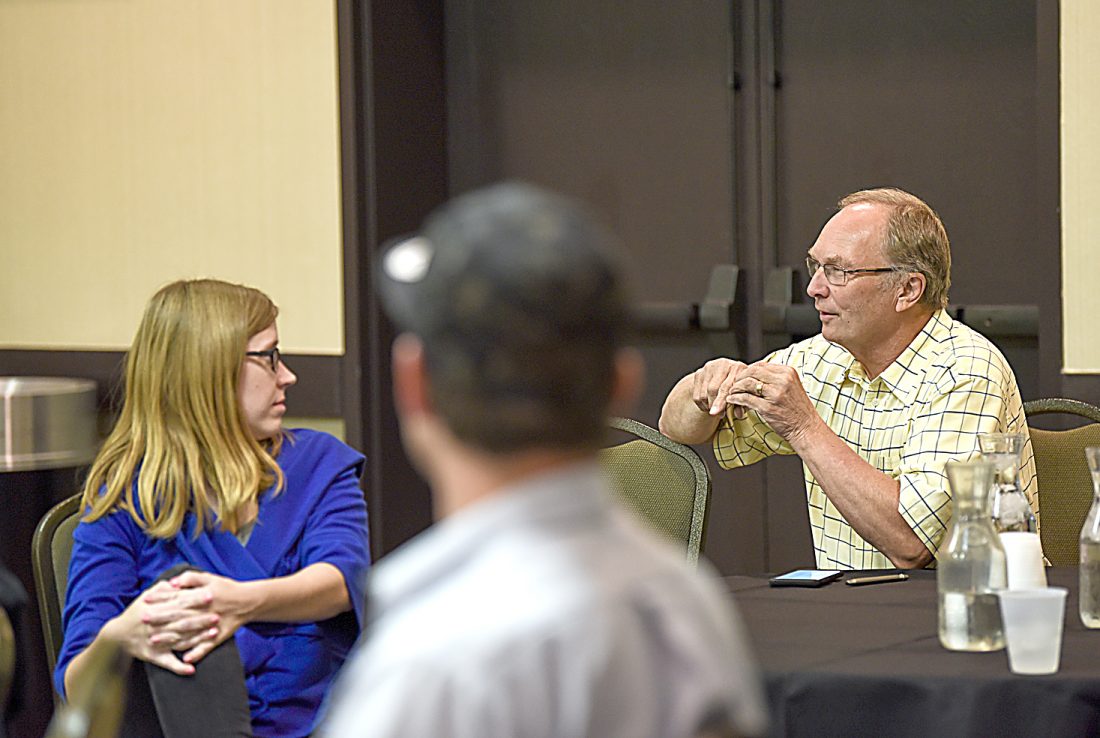 Staff photo by Gage Cureton State Rep. Paul Torkelson (R-Hanska), right, speaks during the cannabis town hall discussion Tuesday at the Best Western Plus as 2018 Minnesota House 16B candidate Mindy Kimmel, left, and others listen. Torkelson said he is not a supporter of legalizing recreational marijuana and that there would be potential problems from doing so. “I think there are pluses and minuses,” he said. “It’s not all roses and there are issues that need to be dealt with.”

NEW ULM — In an attempt to facilitate community discussion on the use of medicinal cannabis and the legalization of recreational marijuana, Minnesota Veterans for Cannabis hosted a town hall at Best Western Plus Tuesday.

Minnesota Veterans for Cannabis founder Jeremy Sankey said the goal of the town hall is to “have people from both sides of the issue” attend so concerns from both views may be addressed and discussed.

Minnesota Rep. Paul Torkelson (R-Hanska) and 2018 Minnesota House District 16B candidate Mindy Kimmel attended the town hall to listen to constituents and hear about issues striking those who use the medicinal marijuana system and those who support the legalization of recreational cannabis.

After a short scrum of questions from town hall attendees, Torkelson reaffirmed his stance on the recreational use of marijuana.

“At this point in time I’m not a supporter of legalizing recreational marijuana,” Torkelson said to attendees. “I think there are pluses and minuses. There are potential problems with legalizing marijuana we’ve seen in other states. It’s not all roses and there are issues that need to be dealt with.”

The state House passed the medical marijuana bill in May 2014 with availability to patients who suffered from a limited set of problems. The state’s program has been criticized by patients, lawmakers and marijuana supporters alike.

John Jones, veteran outreach coordinator for Minnesota Veterans for Cannabis, said Minnesota has one of the most restrictive medical marijuana programs in the country. Cannabis is only available in the form of pills and liquids while the plant form is illegal. When the bill originally passed in 2014, the list of qualifying conditions to receive a prescription was shorter than it is in the present.

“One of the conditions that was recently added to the list of people who can receive medical marijuana is post traumatic stress disorder which is one of the most common disorder that i treat in my mental health practice,”

The bill passed in 2014 also established eight medicinal marijuana dispensaries in Minnesota with four of them located in the Twin Cities metro area. Some believe patients have to drive extreme distances to receive their prescriptions. High prices of medicinal cannabis has also been cited as a major issue amongst patients.

“I’m also here because in large part because I’m very concerned at the lengths at which my mental health clients have to go to receive medical marijuana,” Kimmel said. “If they can find a doctor that is willing to prescribe it, they have to then drive to a dispensary and pay out of pocket.”

Kimmel said she also has concerns for the full legalization of recreational marijuana and cited the state’s medical program as her chief concern.

“To be honest I have some concerns about full recreational use because I want to make sure from a public health standpoint that we’re not impacting our community in negative ways,” Kimmel said. “But I’m also very concerned that the medical program is not meeting the needs of the people who need it the most.”

In March, a Minnesota Senate committee rejected the proposal to legalize marijuana in the state after just one hearing in the Senate. However, Gov. Tim Walz told Minnesota Public Radio on Monday that he’s directed state agencies to prepare for implementation in any event. 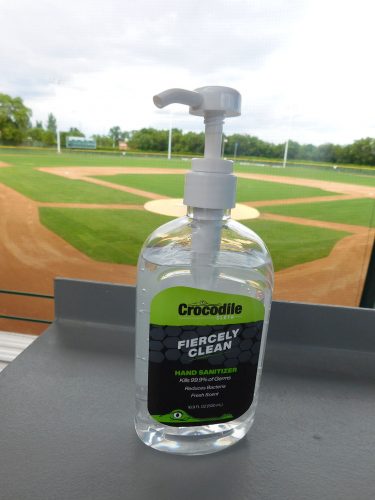