Gladiolus Society Show is not in Kansas anymore 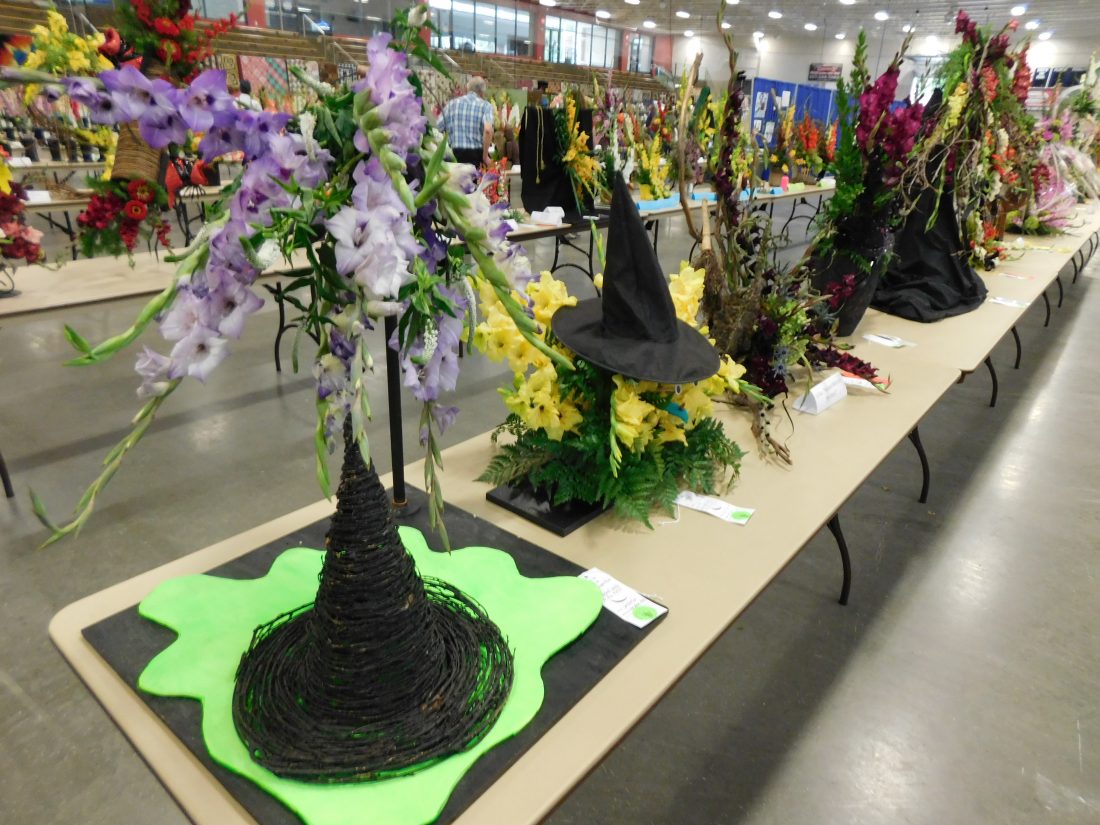 The Minnesota Gladiolus Society returned to the Brown County Fair. This year’s exhibit featured arrangements and designs inspired by “Wizard of Oz.” Displays were created around everything from The Yellow Brick Road, Wicked Witch and Emerald City.

NEW ULM — There is no place like home — or like the gladiolus exhibit at the Brown County Fair Sunday.

The Civic Center featured 490 gladiolus spikes and 109 gladiolus arrangements. The Brown County Fair is one of the only places in the state where the Minnesota Gladiolus Society can bring the exhibit. The exhibit only comes to two other locations, the State Fair and show in Middle River. The Civic Center has enough space and is temperature-controlled. Its proximity to the fairground makes it a perfect location for the show.

This was a special year for the Minnesota Gladiolus Society. The group is celebrating 90 years as an organization.

Each year, a theme is selected for the exhibit, and this year the theme was “Wizard of Oz.”

Arrangers created gladiolus designs inspired by the famous book or the film. Gladiolus arrangements were on display with names like “Wicked Witch,” “Emerald City,” “Yellow Brick Road,” and “Flying Monkies.”

“There is so much you can do with the ‘Wizard of Oz’ theme,” Gladiolus Society member Lewis Wallace said. “And everyone can identify it.”

Wallace said this show might be record-setting in terms of high-quality arrangements and the number of visitors. A lot of designs were submitted to the show, which was seen by even more over the last two days.

Gladiolus Judge David Selinger said narrowing down the top displays was difficult. It often came down to a few minor things.

“We’re looking for a nice display that is wide open, with no gaps in the color,” Selinger said. There is also a question of dimension. The height of the spikes should be proportional to the width.

Asked why the Glad Society members love the gladiolus flower, everyone had a different answer.

“They don’t clash with anything,” Burt Scripture said.

“There is no fragrance,” Tammy Wallace said. “They are accepted in hospitals.”

Also, gladiolus does not wilt fast. It holds up well. The group was able to ship the flowers to the exhibit and they continued to look fresh through the show.

The gladiolus also comes in a rainbow of color combinations, whether it is ruby slipper red, Glinda Good Witch Pink or Wicked Witch Green.

Three awards were given out for Wizard of Oz themed arrangements. Lew Wallace received the Grand Champion Interpretation award for his “Emerald City” design.

Marianne Schotzko received the Amateur Interpretive Arrangement award for “No Place Like Home.”

The Minnesota Gladiolus Society has been in operation since 1929 and includes members from all across the state and even parts of Iowa.

The Brown County Fair board has been supportive of the gladiolus show over the years. The Glad Society is over the rainbow to return next year.