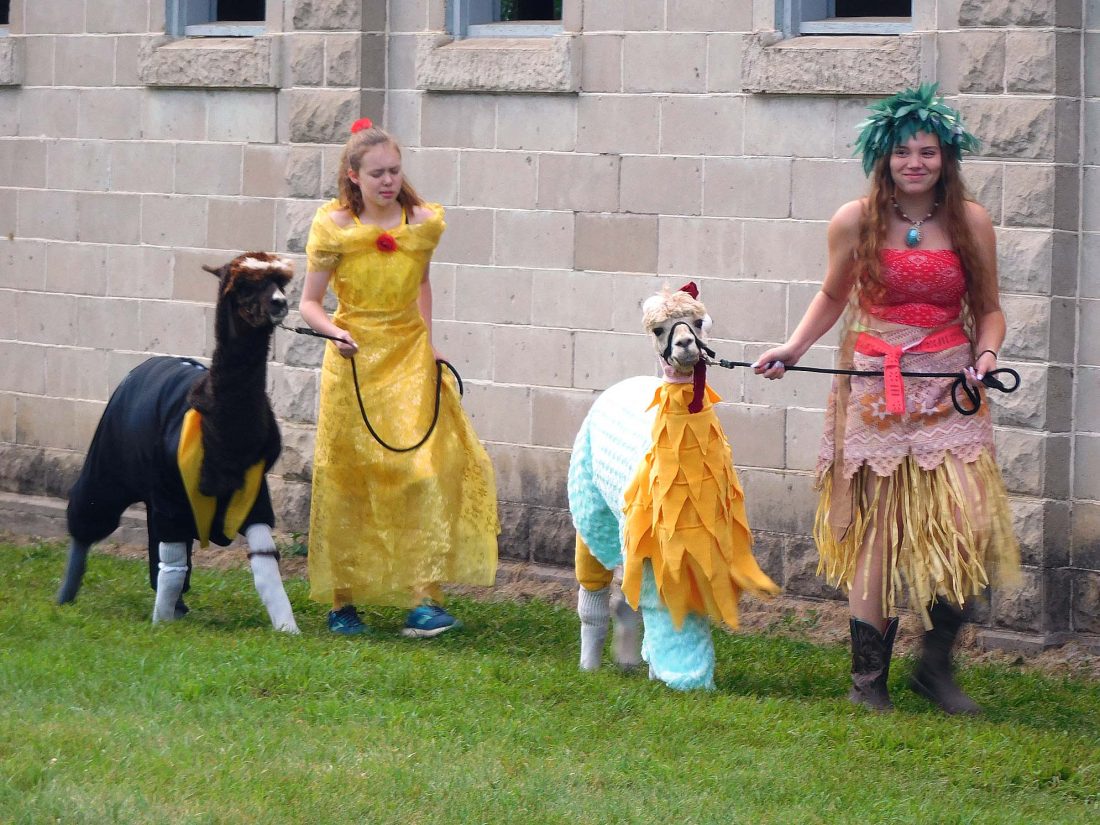 Staff photo by Clay Schuldt Abigal Mell (left) and Victoria Mell (right) show off their Disney inspired costumes along with their matching alpacas during the 4-H Llama Show.

NEW ULM — The Brown County 4-H Llama show saw growth in exhibitors this year thanks to visitors from Fairbault County.

Both species were run through the same trials including an obstacle course, public relations test, and costume contest.

The show had a difficult start as the animals were reluctant to run the obstacle course. Victoria Mell said alpacas can go either way. 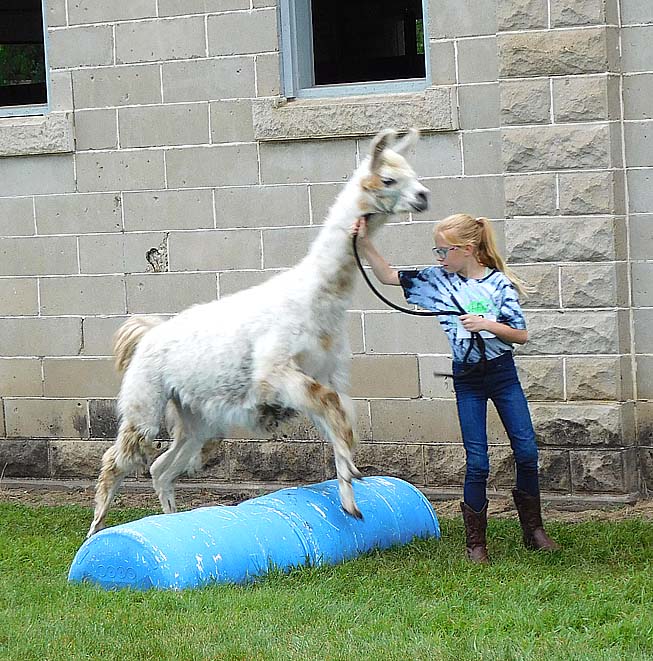 Staff photo by Clay Schuldt Olivia Hammer runs the obstacle course with the llama named Sugar. Hammer would receive the blue ribbon in her class for completing the course.

“Sometimes they act like butterflies and other times that don’t want to move,” she said.

The alpaca’s behavior improved for the costume contest. Both Victoria and Abigal were able to dress in matching Disney inspired outfits with their alpacas.

For exhibition purposes, Judge Jane Imker allowed the exhibitors to switch animals for practice. The Fairbault team had the opportunity to walk llamas, which were a little taller than their alpacas.

Judge Jane Imker said roughly 70 llamas and alpacas are sent to the State Fair each year. Even though llamas and alpacas have among the fewest entries at the fair, the llama/alpaca costume show has the highest audience turnout of any livestock show.

“There is standing room only,” Imker said.