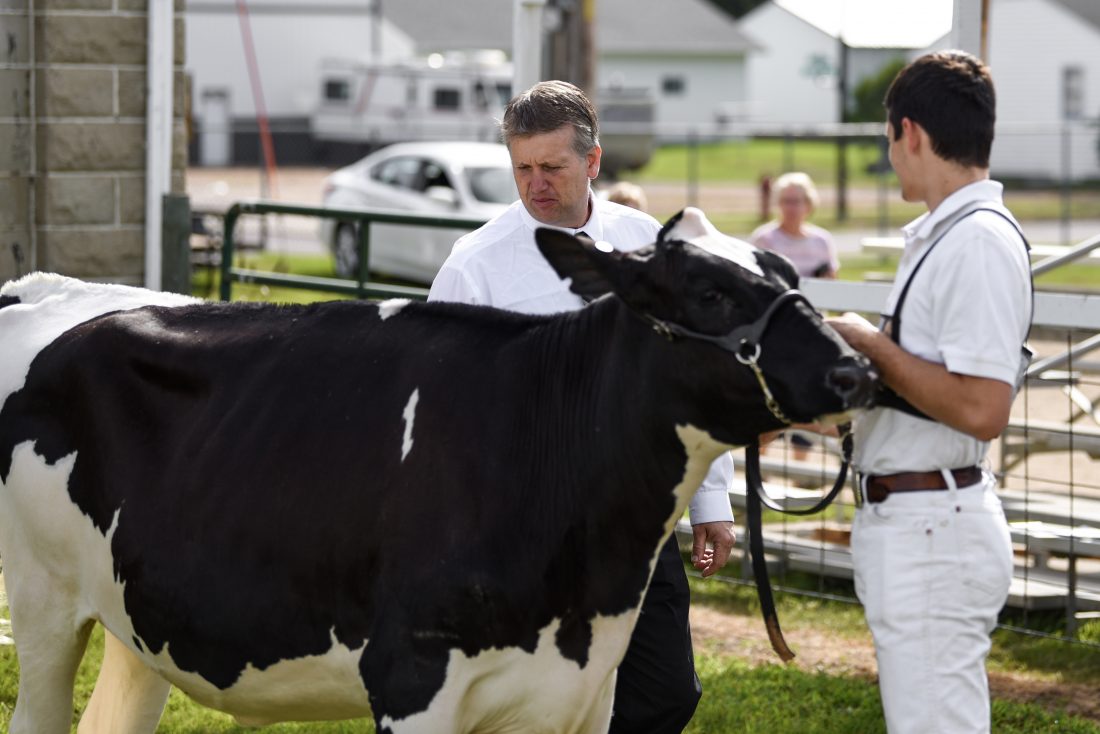 Nelson, who’s a student studying animal science at University of Minnesota Twin Cities, said his strategy for securing the champion title is simple.

“I just pick good parents,” he said. “It’s just kind of about how they look and a bit of it’s the diet too to get them to look slimmer.”

Nelson said he’s also won the champion dairy title several years ago, and this year’s champion bovine is a descendent of those cows.

“I’ve done it a couple times before,” Nelson said. “The [cow] I won with is the daughter of one of my animals that won two or three years in a row.”

Nelson said this year is his last year as a member of 4-H and cited his focus on school work as a chief reason. However, he said he may return to next year’s free fair and showings.