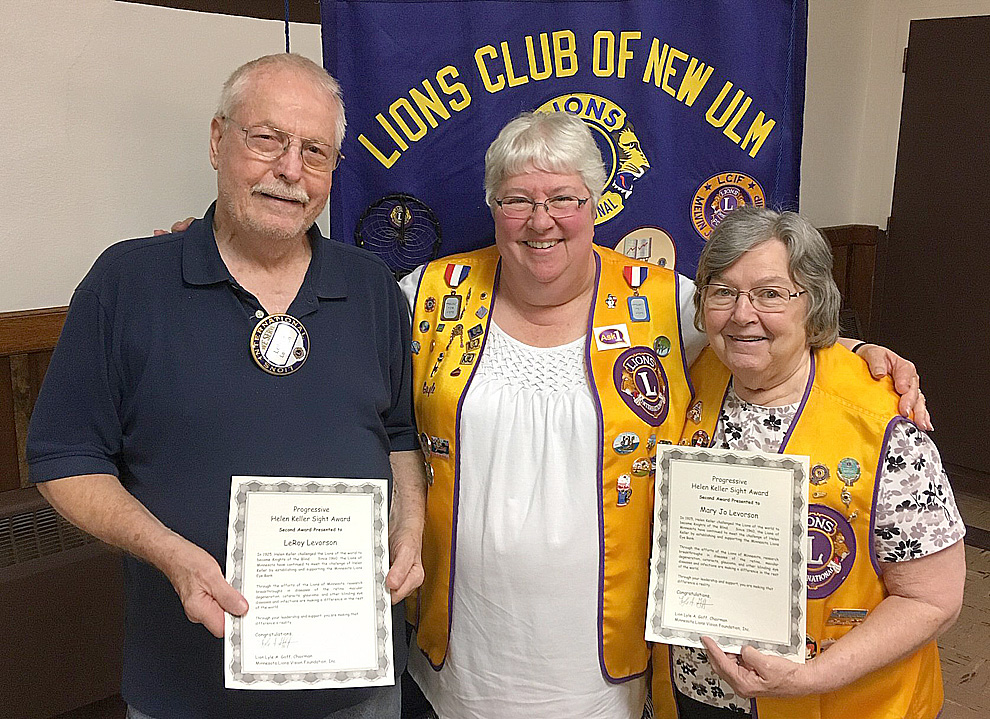 This award is named for the famous blind and deaf lady, Helen Keller. In 1925, at their International Convention, the Lions invited Helen Keller to speak. She spoke eloquently and challenged Lions to become the “Knights of the Blind.” Since then Lions have responded to her challenge and have indeed become the “Knights of the Blind.” The Minnesota Lions Vision Foundation has responded by establishing several ways to combat blindness. Among these are the Lions Gift of Sight and Cornea Transplant Unit at the University of Minnesota, the Children’s Eye Center, the MAC which deals with Macular Degeneration and the Used Eye Glass Collection Center.

NEW ULM — The New Ulm City Council is expected to seek bids for the Hermann Heights portion of the RENU project, ...

GIBBON — The Gibbon Fairfax Winthrop (GFW) school board will hold a public hearing on Monday, Feb. 3 on the ...