Of birds and bees…

Bix Baker, a volunteer naturalist at Fort Ridgely State park, examines a flower while leading a nature walk at the state park Saturday. 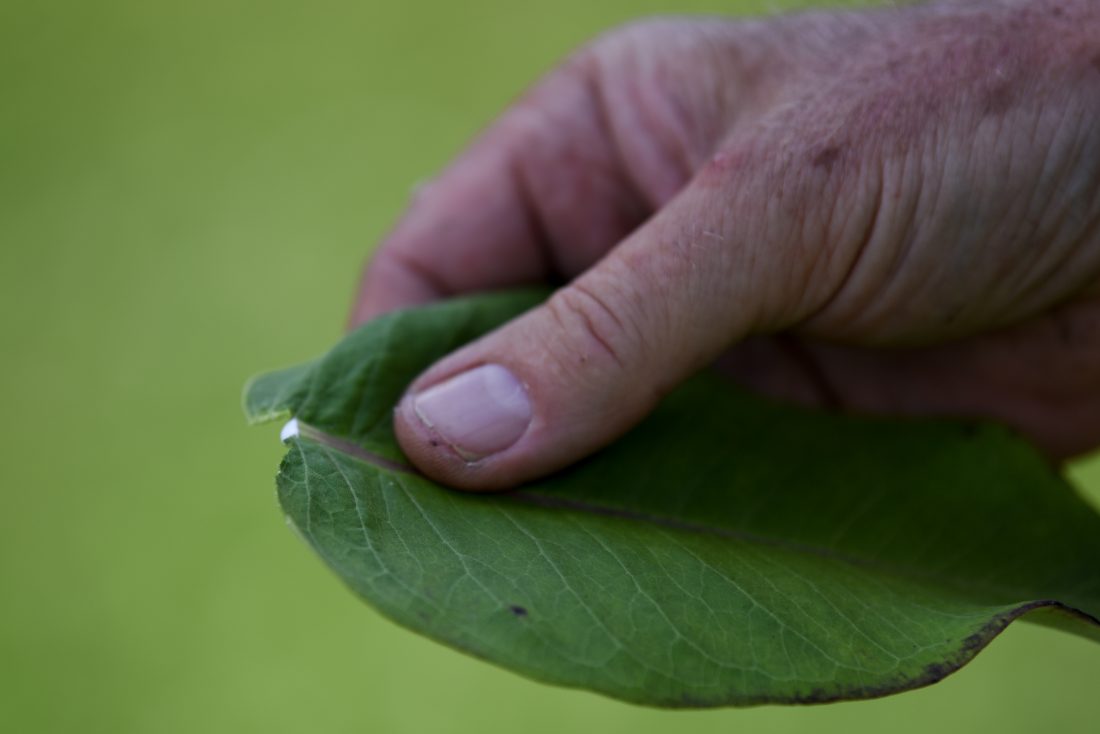 FORT RIDGELY — Bix Baker wants to talk about the birds and bees, but this time, it’s not awkward.

Baker, a volunteer naturalist at Fort Ridgely State Park, guided a nature walk through the park’s grounds Saturday and pointed out the variety of plants and wildlife that call the place their home.

Baker led nature walk attendees to a field adjacent to the park’s historic fort where he pointed out the abundance of common milkweed growing throughout the tall grass. He said the milkweed, a favorite food source of monarch caterpillars, can draw thousands of monarch butterflies to the park every year.

Common milkweed is also a major food market for many insects. Over 450 insects are known to feed on some portion of the plant, according to the U.S. Forest Service.

At one point, an attendee asked Baker about a species of plant in which he wasn’t sure about. He promptly opened up an app on his smartphone and took a photo of the plant and had the answer in seconds. Using the photo Baker took, the app was able to pinpoint the name and species of the plant in question. 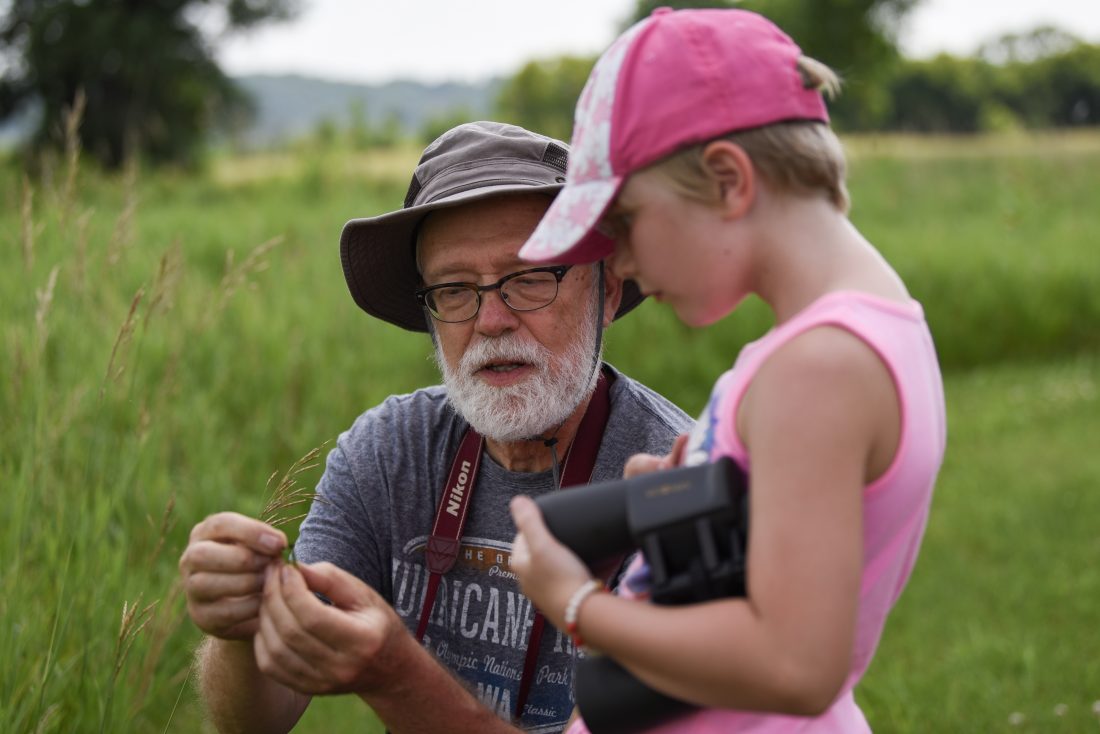 The app, called iNaturalist, is a citizen science project and online social network of naturalists, citizen scientists and biologists. The concept of the project is the mapping and sharing of observations of biodiversity across the globe.

Baker also led attendees to another portion of the park that contained an abundance of white clover. He pointed out the hundreds of honeybees buzzing around the clover and had attendees pause to listen in. Through the breeze the sound of hundreds of tiny wings carried.

Baker also pointed out the stark difference between peoples’ lawns and the grasslands found in the wilds. He said flowers and other plants not normally found in towns or cities are vital for bees and other insects.

“People worry about having a nice, green lawn,” he said. “But nature wants it like this.

Participants in the walk also had the chance to try wood sorrel — an edible sourgrass that looks similar to clover. 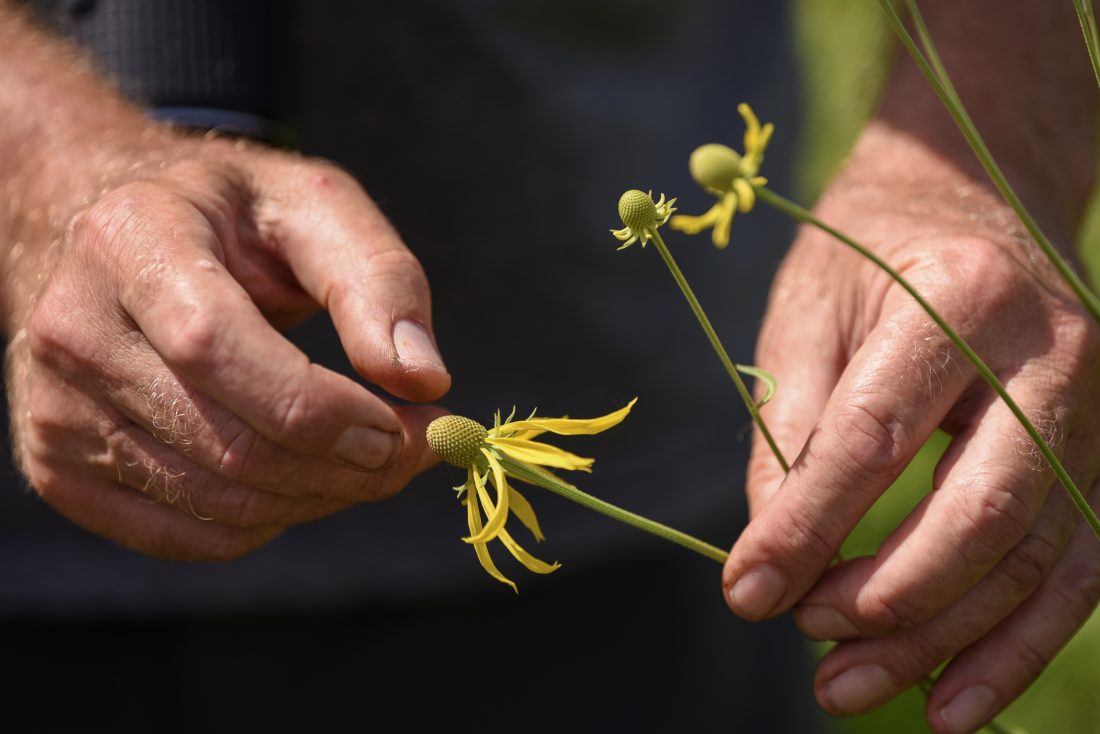 Bix Baker, a volunteer naturalist at Fort Ridgely State park, examines a flower while leading a nature walk at the state park Saturday.

Baker leads nature walks at Fort Ridgely State Park once a month. Dates for the walks may be found on Fort Ridgely’s Minnesota Department of Natural Resources website.