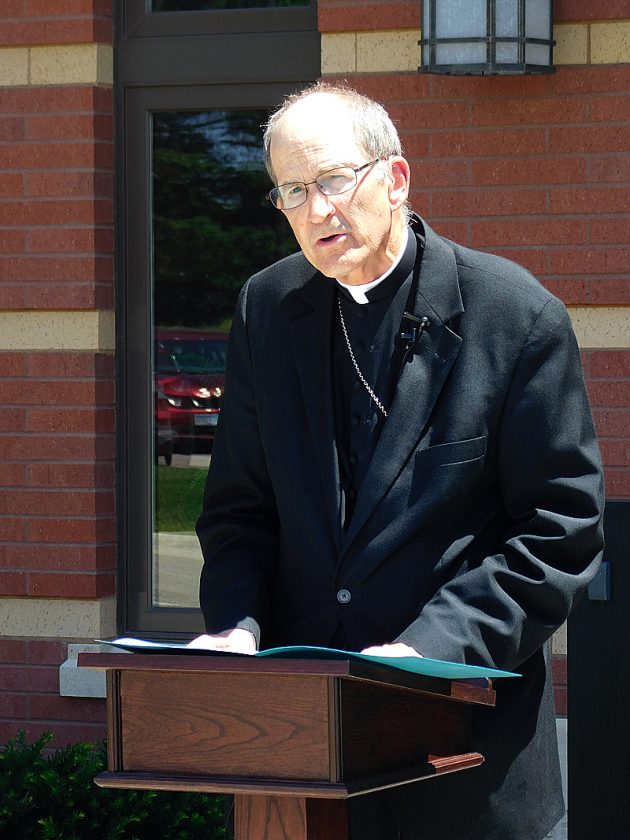 Staff photo by Clay Schuldt Bishop John M. LeVoir of the New Ulm Diocese reads a statement Wednesday announcing a settlement agreement with victims and survivors of clergy sex abuse in the diocese.

NEW ULM — The Diocese of New Ulm on Wednesday announced a $34 million settlement agreement with clergy sexual abuse victims and survivors in its Chapter 11 bankruptcy case.

LeVoir said the settlement is fair and represents years of respectful negotiations with those representing victims and survivors while continuing essential church ministry.

LeVoir praised the courage it took for survivors to seek justice from the church that failed them.

“I am deeply grateful for victims and survivors who courageously came forward to raise awareness about clergy sexual abuse and to work to assure others will not have to suffer the wounds they sustained and the pains they endured,” LeVoir said. “Victims and survivors are owed just compensation for the harm they have suffered by those they entrusted in serving them.”

“I again apologize to them on behalf of the church,” he said. “I hope the settlement agreement we reached together helps victims and survivors on their healing journey.”

Jeff Anderson & Associates, the firm representing many of the diocesan survivors, said the $34 million will be paid to 93 sexual abuse claimants.

These claims were filed against the diocese during the three-year term set up by the Minnesota Child Victims Act, which lifted the statute of limitations on historical childhood sexual abuse claims.

“This is a big day for the survivors,” Jeff Anderson said. “Throughout this process, all of the survivors have demonstrated tremendous courage and patience. They have advanced the child protection movement and made their communities safer for kids.”

The diocese had previously released a list of all priests in the dioceses who had been credibly accused of sexual abuse.

The agreement will resolve the Diocese’s current bankruptcy proceedings. The diocese filed for financial reorganization under Chapter 11 in March 2017, under the supervision of the Federal Bankruptcy Court. According to the diocesan website, the diocese has been working with the victims and survivors of clergy sexual abuse to resolve claims made against the New Ulm Diocese and parishes within the geographic area.

The diocese will now file a formal plan of reorganization and a disclosure statement with the court. The bankruptcy judge will review the statement and approve if it provides adequate information. The agreement will be sent to the survivors for their review and comment. Two-thirds of claimants must vote to approve the plan before the judge determines if all of the bankruptcy law requirements have been met. This process is expected to be completed by the end of this year.

After the plan has been confirmed a trust will be created. A court approved trustee will make review the individual cases and determine what payments will be made to the claimants.

The settlement is funded by an $8 million contribution from the diocese and all parishes within the diocese, and the rest through insurance coverage.

A statement of the diocese website ( www.dnu.org/ ) said the Diocese of New Ulm is committed to preventing sexual abuse and holding clergy who are credibly accused of abuse accountable. For the last 15 years all priests, deacons, diocesan staff, parish, Catholic school employees and volunteers having regular or unsupervised interaction with minors have been required to meet safe environment requirements. In addition, the diocese has committed to disclosing the names of all clergy with credible claims of abuse made against them.

The diocese continues to encourage anyone who suffered sexual abuse to report it to local law enforcement, regardless of when it occurred.

Victims and survivors of clergy sexual abuse are also encouraged to contact the diocese’s victim assistance coordinator at 507-233-5313 or at 1421 6th Street North, New Ulm, MN 56073 for counseling or other assistance in healing.

In closing his statement, LeVoir said to “please continue to pray for hope, healing, and peace as we take the final steps to bring closure to this process. And please pray there will be no more sexual abuse.”

The New Ulm diocese is among several Roman Catholic dioceses in Minnesota that have filed for bankruptcy protection amid child sex abuse claims or are considering it.

The Archdiocese of St. Paul and Minneapolis emerged from bankruptcy last December, three months after a federal bankruptcy judge approved a $210 million settlement.

In May, the Diocese of Duluth reached a $40 million settlement with dozens of people who said they were abused as children by priests. The Diocese of Winona-Rochester filed for bankruptcy protection last November and currently is in mediation, a spokesman for the diocese said. The St. Cloud diocese announced its intention to file in February 2018 but hasn’t done so.

(Information from the Associated Press is included in this report) 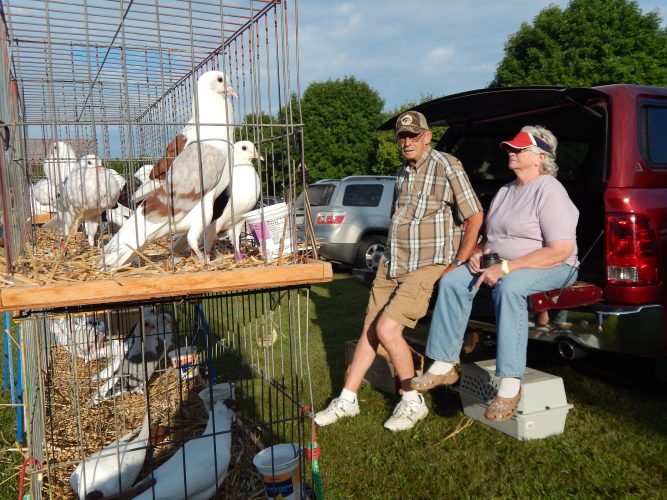 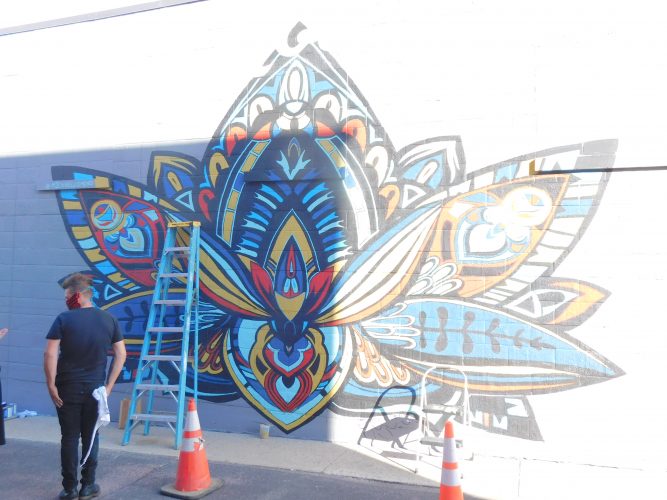