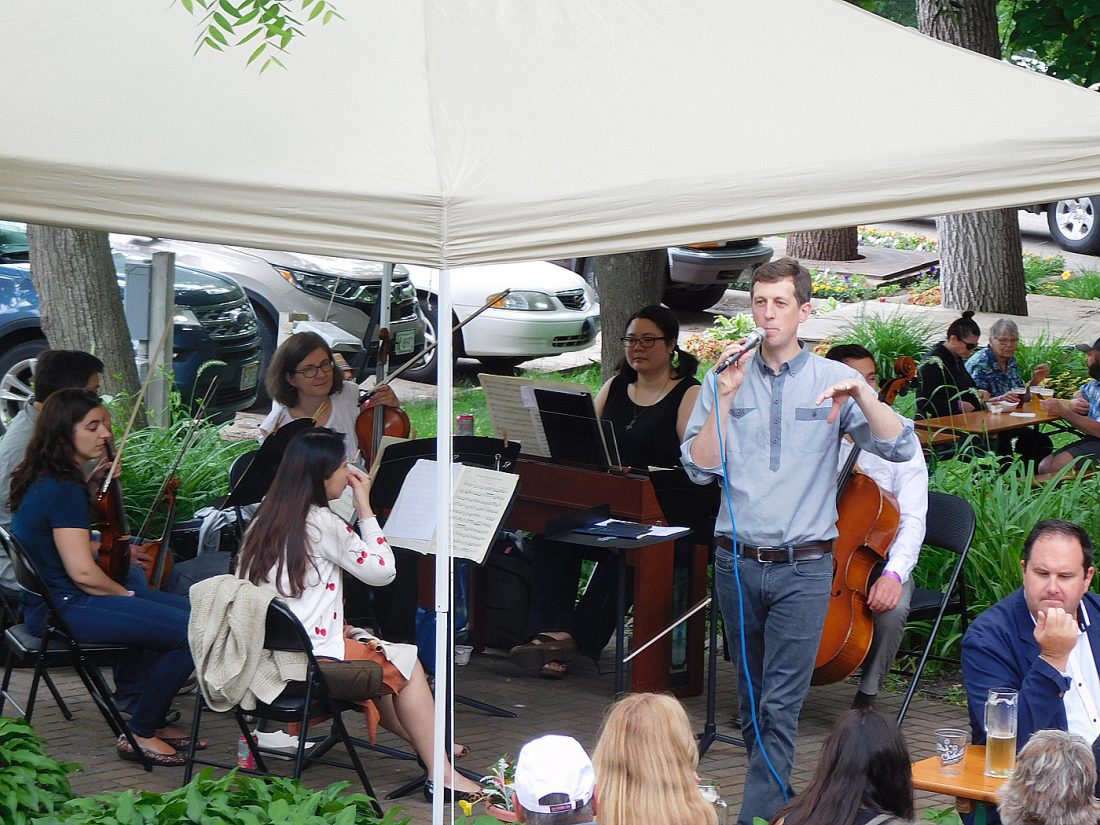 This example of a Northern Catalpa tree at right is located on Northern State Street, but whether it is the largest in town is unknown.

Staff photos by Clay Schuldt The white flowers on the Northern Catalpa (above) are in full bloom, making identification easy.

Staff photo by Clay Schuldt Mr. Schlendrian (played by Adam Reinwal) takes away “coffee” from his daughter Liesgen (played by Linah Kauffman) during turing the performance of Bach’s Coffee Cantata Sunday at the Schell’s Brewery biergarten.

The “Bach” in Bach & Brews refers to the famous German composer Johann Sebastian Bach. Most of Bach’s work was sacred music to be performed in churches, but he did write secular compositions as well. For the last few years, The Bach Roots Festival has expanded performances to include Bach’s secular and semi-staged works under the title Bach & Brews. These performances have been held in breweries across the Twin Cities area. Sunday’s performance at Schell’s was their first in Greater Minnesota.

Mathew Olson is Director of Choral Activities at Carleton College and serves as Artistic Director of Bach Roots Festival. He is also a native of New Ulm. His parents taught at the Public School and he has known the Marti family most of his life, having graduated with Jace Marti.

Jodi Marti said Schell’s has been planning to bring The Bach Roots Festival to New Ulm for months. Originally they thought to host the event at Starkeller but ultimately decided to bring to the Biergarten.

“We’ve always had ethnic music here,” Marti said, “But this is totally different.” 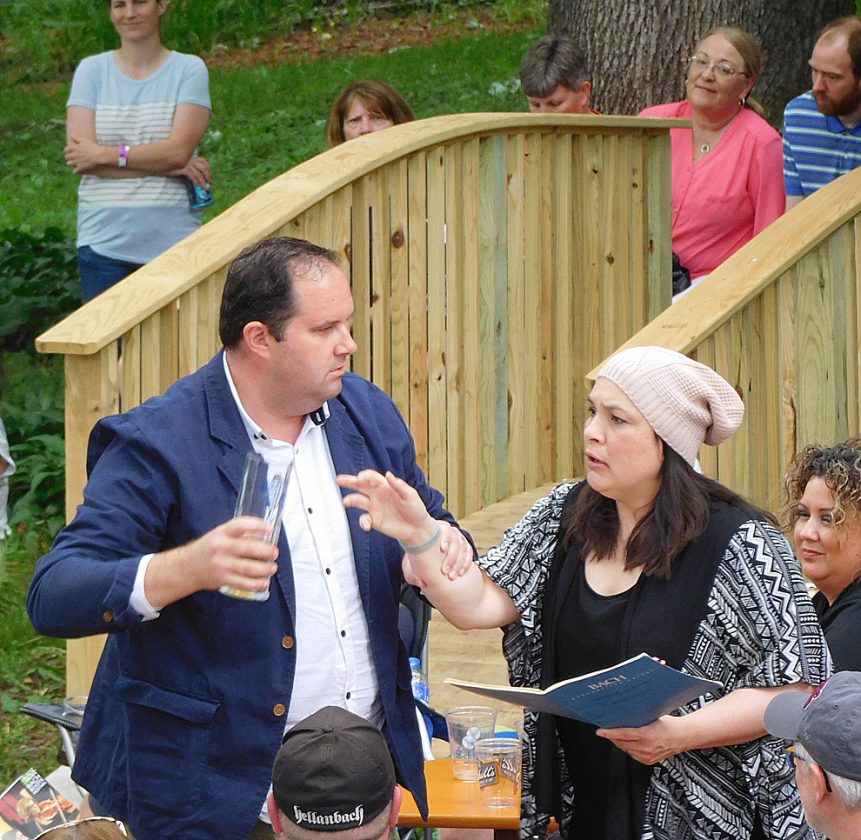 Staff photo by Clay Schuldt Mr. Schlendrian (played by Adam Reinwal) takes away “coffee” from his daughter Liesgen (played by Linah Kauffman) during turing the performance of Bach’s Coffee Cantata Sunday at the Schell’s Brewery biergarten.

The Bach & Brews performance features a six-piece ensemble and three professional singers. The music and performance are best described as classical music, but Bach’s secular work has a witty edge that attracts a broad audience.

The show began with a performance of Bach’s Coffee Cantata. Olson said in 18th-Century Leipzig, Germany the new bourgeois fad was drinking coffee. The café became a place for young people to socialize, but the older generation was uncomfortable with youth experimenting with a new drug — caffeine.

Coffee Cantata is the story of a father, Mr. Schlendrian, who despises that his daughter, Liesgen, loves drinking coffee and he is determined to convince or manipulate her into quitting.

The performance was translated to English from the original German. Olson said it was mostly a direct translation from German, though a few modern words were added to the performance to better connect with the audience.

The performance drew a large crowd to the Bier Garten. Jodi Marti said it was really exciting and Schell’s was always looking to try something new.