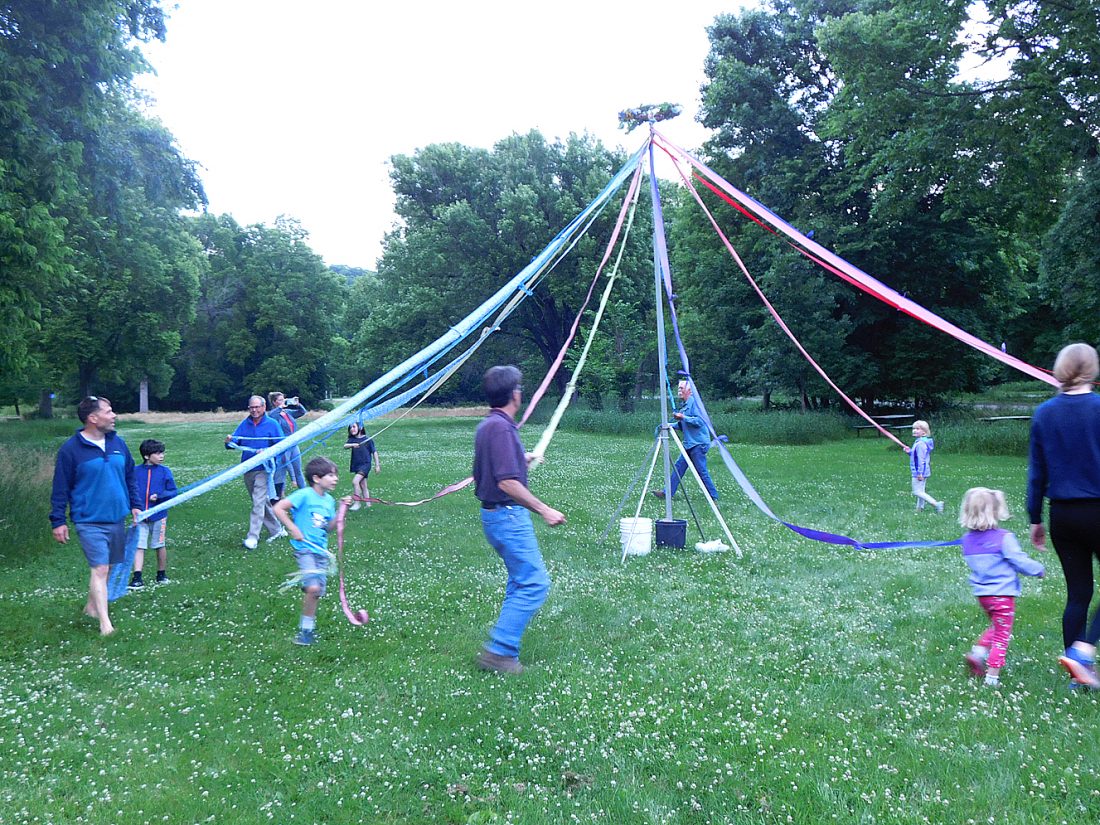 NEW ULM — The sunset on Friday evening was special. It arrived at 9:06 p.m. making it the longest day of the year with 13 hours, 46 minutes and 41 seconds of sunlight.

The summer solstice is not only the longest day of the year but the first day of summer. A special celebration was held in Flandrau State Park to honor the occasion.

The event was organized by members of the Nora Unitarian Universalist Church of Hanska.

The celebration was family oriented and for all age participants. At 7:30 p.m. youth activities were held in the Flandrau Beach House. Children were able to construct solstice wands, draw with chalk or play with bubbles.

At 8:30 p.m. as the sun was starting to go down the revelers took part in a Grand March around the Maypole with music for the march was provided by the Musik Meisters, Tina Losleben, and Josh Norman.

The Maypole was constructed by church member David Benson. Benson said it was the first Maypole he ever constructed and was made from recycled parts he had on hand.

Benson said you know the Maypole is designed right if none of the ribbons become tangled. Fortunately, the ribbons and dancers were able to move in harmony.

The days will remain long for the rest of the summer. Residents of the central time zone may expect a sunset to occur after 9 p.m. through July 14.