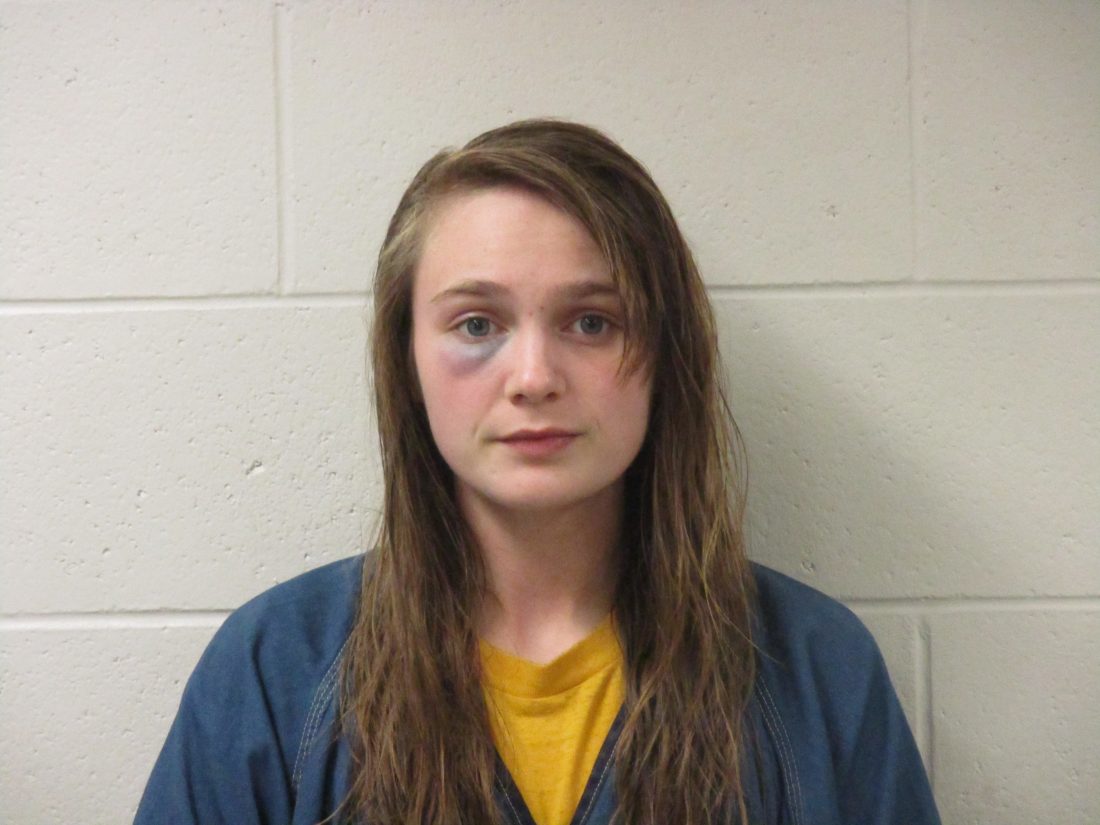 NEW ULM — A New Ulm man told police a 19-year-old New Ulm woman he had a relationship with for four years before breaking up a month ago, forced her way into his apartment, began choking him and throwing him around Sunday, May 12.

According to court documents, New Ulm Police were dispatched Sunday to a New Ulm residence for a reported assault that just occurred. Police talked to a victim at the residence who was visibly upset. He told police he and Nelson were in a four-year relationship and broke it off in the last month or so.

The man said Nelson has been following him, trying to talk to him because she thinks he is cheating on her. The man said he got home and locked his door but Nelson began pounding on it despite his telling her he was calling police and she was not welcome.

The alleged victim said Nelson continued to pound on his door to the point he was afraid it would break so he unlocked it. Police noticed the door was cracked near the lock. The man said the damage was done by Nelson Sunday.

The man said as soon as he unlocked the door, Nelson entered and began to choke him and throw him around. He said during that time, she fell down and hit a TV stand by her right eye, but continued to hit and choke him until he nearly blacked out.

The man said he struggled to call police before Nelson left his residence. The man said if he hit Nelson, it was in an effort to protect himself. Police observed a cut on the top of the man’s left hand, plus elbow injuries and marks on his neck that appeared to be consistent with someone having their hands around it.

Police located Nelson’s vehicle, stopped it and identified her as the driver. Nelson admitted to police that she and the male victim got into a fight and that he hit her too. Nelson had a swollen, bruised, right eye. She said the victim hit her in the face with his elbow.

Nelson told police she and the victim were dating but the relationship ended in December 2018, but they continued to “get together” after that. She said she went to his residence to talk and he asked her to leave.

Nelson said the victim shoved her and hit her in the face but admitted to hitting and shoving him. She was arrested. Nelson was adjudicated delinquent for domestic assault Dec. 2, 2016, in Brown County Court.

Nelson appeared in Brown County District Court Tuesday. Her unconditional bail was set at $20,000. Her release conditions included no contact with victims. Nelson’s next court appearance was set for 8:30 a.m. May 28.

Panthers’ Brady says offense must continue to evolve in NFL